A dad’s role with his daughter’s suitors

In the Christian school our kids attended, they sometimes stood out. Once when I discovered that one of our daughters was having a more exclusive relationship with a boy from school, I felt that he was trying to circumnavigate me. So, I asked her to tell him to apologize to me for going aroun…
By Seth Barnes
13 July 2007, 12:07 am
By Seth Barnes
13 July 2007, 12:07 am 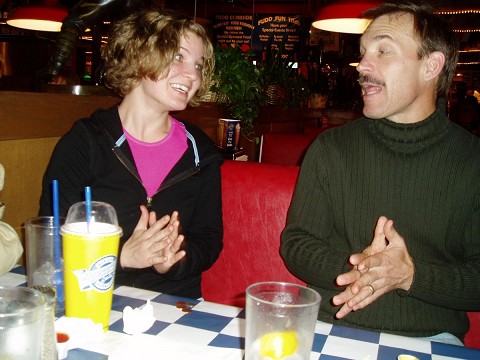 In the Christian school our kids attended, they sometimes stood out.

Once when I discovered that one of our daughters was having a more exclusive relationship with a boy from school, I felt that he was trying to circumnavigate me.

So, I asked her to tell him to apologize to me for going around my authority. She did and, abashed, he called me up to apologize.

When he asked if they could still go out, I said, “No.”

She later thanked me, realizing that the guy didn’t respect her.

That same daughter has struggled with falling for guys too quickly on several occasions. Each time I’ve held to a hard line. I can hear the brickbats coming my way, “You’ll push her too far. She’ll think you’re controlling.” And I won’t deny there aren’t risks. But look at the risks on the other side! Purity of heart is worth fighting for!

This same daughter, now away at college, told the family that she has one criterion for her future husband, “Daddy’s got to like him.”

Wow! What a responsibility. This is not a girl that struggles to make up her mind. She’s one of the most strong-willed of our brood. What sounds arcane to our modern ears is borne out of a respect for standards and purity that flies in the face of society’s dictates.

One Christmas, her present to me was particularly thoughtful. I have four daughters fast approaching a marriageable age. She bought four little silver locks for each of them. Then she gave me four little keys, one for each lock. One day, if they meet the right man, I’ll give their future husbands “the key to their heart.”

My point in relating this is not to give some system for you to copy. But for goodness’ sake, we parents need to wrestle with this issue! Some of us need to get some backbone! How many adults are modeling a lifestyle of purity? How many are passing it on to the next generation?