We’ve been talking about dreams in the last 3 blogs – I had the worst nightmare recently. I’m not into guns, but somehow I got a rifle. I was trying to figure out how to shoot it and accidentally shot a close friend. After the shock, they carted me off to jail and I awoke with a po…
By Seth Barnes
26 July 2007, 12:07 am
By Seth Barnes
26 July 2007, 12:07 am 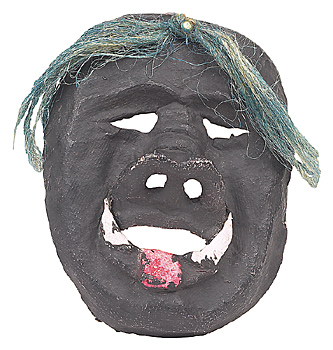 We’ve been talking about dreams in the last 3 blogs – I had the worst nightmare recently. I’m not into guns, but somehow I got a
rifle. I was trying to figure out how to
shoot it and accidentally shot a close friend.
After the shock, they carted me off to jail and I awoke with a pounding
heart, asking, “Did that just happen?”
It was awful.

And then I was left
with the thought, “Does this mean anything?
I can tell you, I won’t be picking up a gun anytime soon!

In Africa, even
non-Christians know that dreams may have spiritual significance. Jenny Dawson
relates the following story about what she did when her South African students
had nightmares:

“We had a great week of camp last week. We had about 50 kids
each day, which was a lot more manageable than the 200 we had the week before!

“I went off for awhile to pray, and asked God what He would
say to these kids if He could physically stand in front of them. And then I
heard it. He said, ‘Tell them I see them.’ Just that one sentence.

“I wasn’t satisfied, so I asked for a bit more. He answered, ‘Tell them I see them at night.’ Again, I didn’t feel like I was fully
understanding what He meant. Then, once I just sat silently and waited, God
explained Himself. He told me that the kids have nightmares and are terrorized
at night. He said that they are tormented by the devil and fear and He wanted
it to stop. The daily lesson at camp was that God protects, and God Himself was
telling me that He was there to protect these children from the enemy. He was
very serious, almost fierce about what He was telling me. It was not to be
shrugged off or watered down. I was to bring His word to the ones He wanted
desperately to protect.

“I stood in front of the kids and told them that I used to
suffer from really bad nightmares and fear of the dark when I was little. I
talked to them about how awesome and powerful God is and how He is bigger than
the enemy.

“Then, I asked the question that I wasn’t sure would really
even yield a response. I asked the kids who had bad dreams or who were scared
at night to come up for prayer. Almost all of them came forward. A lot of them
heard voices every night, and they knew it was the devil scaring them. It’s
crazy how spiritually sensitive children in Africa
are, even as young as 5 and 6 year olds. A lot of their families are still
involved in ancestry worship and witchcraft. These kids were not laughing or
joking around when they came forward…they wanted God’s protection.

“We prayed for them individually, and then as a group. God
even spoke to Theresa, the missionary lady that we have been working with, and
said that we were the spiritual covering for those kids while we were there and
we needed to fight for them in prayer. We taught them to say the name of Jesus
when they were afraid and that every demon would have to leave.

“We came back the next day to hear the testimonies of many of
the kids who said that for the first time they can remember, they slept peacefully
through the night. I would love to have seen the angels God placed in those
bedrooms! My God protects and He cares about the things we would otherwise
overlook.”

We pray for our own healing and health. It’s a good time to step up the prayer for the nation.&nb…
16 April 2020

What Is God Saying to Us?

What is God saying to us? Lots of people are asking that question these days. And the good news …
10 December 2014

Lord, I want to learn to live as Jesus lived. Teach me to leave the things behind that he left. …