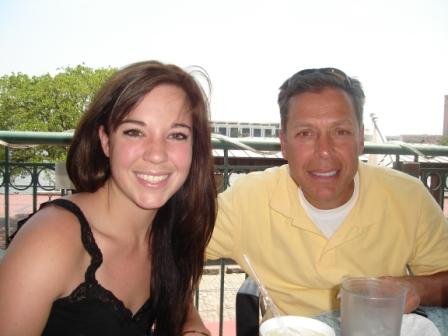 Joe Lynch, a friend and coworker, decided to debrief his daughter Kerrey on her childhood. It's a conversation I recommend parents have with each of their children as they move out of the home.

I asked Joe if he and Kerrey would be open to sharing their story on this blog. They said "yes," so here's Joe:

I felt the Lord leading me to have a conversation with Kerrey about her growing up years. I called her and asked for a conversation with her so she could share her thoughts. I asked her to give serious thought to what she remembered growing up about her childhood both good and bad. And I asked her for her thoughts on my fathering, again both good and bad.

She responded with "Are you serious?" After I said that I was, she said she would love the opportunity to put this together and share with me. She said she needed some time to put into the thoughts and could we connect in a couple of weeks.

We met for dinner and when the conversation began about her thoughts, she pulled out her notes which she had put together. She began with great detail about specific things that had happened and her feelings on how she and I had related.

After tears and laughter, she asked me if her thoughts and feelings had met my expectations. I told her I had made the decision to not have any expectations but to just listen to her and accept whatever she said.

We had a great time of sharing! And, she thanked me for giving her this opportunity……….

This time together has meant much to both of us!

If you are a parent of a grown child, have you and your child had this kind of a debriefing conversation about your parenting? Giving him or her an opportunity like this to debrief might be the best investment you make in your relationship with them.