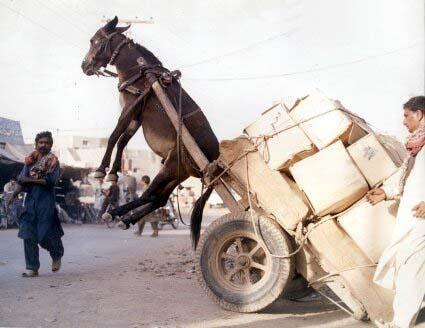 The light turns red when you are in a hurry to get home.  The problem is, you expected to go faster.
An important check is late; you’re in danger of an overdraft.  You expected it sooner.
A subordinate’s work is sloppy.  You expected attention to detail.
A volunteer fails to live up to his commitments.  You expected integrity.

We get frustrated and feel a surge of emotion when a goal or expectation of ours is not being met. But should we?
I submit that the answer is “no” – not if you want to avoid being similarly frustrated in the future, not if you want to grow and mature.
Learn from it
By using each new potentially frustrating experience as a learning experience, you have the opportunity to avoid the frustration in the future.  You can either change your expectation, or change your communication with the parties involved in order to see a different result. The Bible says that a fruit of the Spirit is self-control. I’d like to suggest that this is one key place in which you’ll see that change of behavior.

I have a friend who says, “When things go wrong, rather than getting frustrated, I just assume that the problem is my own fault.  Inevitably there is something I could have done to avoid the problem.  If  someone has let me down, perhaps I selected someone without the skills necessary to perform the job.  Or perhaps I didn’t train them sufficiently.  Or perhaps I simply need to lower my expectations.  By taking responsibility for everything, I defuse other people’s anger.  I give them an opportunity to grow.  In so doing, I avoid being a scapegoater.”

Feeling frustration is one thing; actually showing it is far worse.  Even the slightest roll of the eyeballs can communicate displeasure.  It diminishes another person’s self-concept.  It is a putdown.  It also diminishes trust.  If you’ve expressed frustration toward a co-worker, they’ll be less likely to trust you in the future.

If someone is angry at you, the temptation is to respond in kind.  A much better response is to use the situation as a learning opportunity.  Thank the person for calling the source of their anger to your attention.  Develop the ability of thanking an angry person and you have fulfilled a biblical mandate.  The Bible says “bless those who persecute you.”  It says that doing so will “be like heaping burning coals” on the person’s head.

Leaders especially
Leaders and managers should particularly learn the lesson of choosing to assume responsibility rather than frustration.  By doing so, they model to their subordinates a life based on faith rather than doubt.  Leaders who see people and situations not as they are but as they could be are fun to be around.  They build a positive atmosphere, one where failure does not result in a loss of face, but which produces the possibility of realizing individual and corporate dreams.  To arrest your feelings of frustration with someone, ask yourself the following questions:

Learning to not be frustrated often means choosing to un-learn old behavior patterns.  But it can be one of the most positive changes you ever make.  It can be a first step toward living the life of faith, without which, the Bible says, “it is impossible to please God.”