Getting an abundance mentality 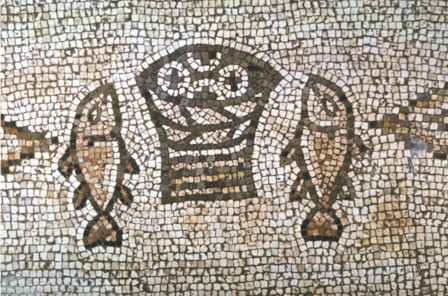 The other day, one of my leaders had the opportunity to bless one of his people by granting her a privilege. It would have been a wonderful thing. I would have done everything in my power to say “yes.” But the leader said, “no.” Why? Because “It wouldn’t be fair.”
Since when does everything have to be fair? I think it’s a product of scarcity thinking. If we have a limited supply of food and we’re all hungry, then we divide it out carefully. On the other hand, if we’re standing in front of a buffet, then no one cares how much others may be heaping on their plate. It’s scarcity that makes people ask questions about fairness. Communism is about scarcity thinking, about carving up the existing pie more exactly. Freedom says, “give it away; there will be more.”
Jesus majored on the theme of freedom and God crammed the earth with a cornucopia of resources. He gave us creative minds and industrious hands. His very first command to man was, “Take dominion over the earth and cause it to multiply.” And ever since then, he’s been overwhelming us with his generosity.
Let’s just look at fish, for example. When Jesus is first getting to know Peter, he blows him out of the water with a catch of so many fish that his nets began to break.* When it’s time to feed a crowd of thousands, he multiplies the fish on hand not so that there is just enough, but so that there are baskets of scraps left over.** And when he is with the disciples for the last time, he cooks them a breakfast of fish. The God of the universe who created not only every species of fish, but the very oceans in which they swim, understood their hunger and had breakfast waiting.
God doesn’t want us to be caught up in worry. He is the God of more than enough. He even has a name, Jehovah-Jireh, “God will provide.” Jesus didn’t go away to prepare a squatter’s hut for us; he has mansions waiting. And he doesn’t have a few morsels to feed us, but a wedding banquet where the food never stops.

If we will embrace this God of abundance, this God who says, “freely you have received, freely give,” then the issue of fairness goes away. Scarcity is not a part of the equation. When you serve a master who owns the cattle on a thousand hills, the question of “enough” is moot. Heidi Baker illustrates that truth for us in the book Always Enough.  God gives to us shaken down and spilling over so that we can love lavishly. All we have to do is to trust him – to believe that he wants us to bless us in that way.
Maybe it’s because of the unmet needs in our lives, the scarcity that we’ve felt, that we tend toward miserliness. We want to horde what we have because we don’t know if there will be enough and we don’t really trust God to provide what we lack. Whatever the reason, the human tendency is to, like the steward in the parable, figuring that we serve a demanding master, carefully measure out our giving.
We need to meet the Lord of the harvest and accept him into our hearts.
*Luke 5:6
**John 6:5-15