How do we live radically in a comfortable world? 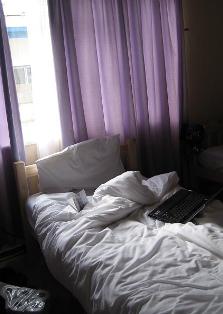 Jeff Goins had a blog wherein he asked a question that sums up the the theme of this blog.

I’m wondering what kind of response you, the reader of this blog, may have.

How do we commit to something long-term, like a job or even a place,
and still experience a radical, reckless behavior like Jesus had?

There’s something powerful that happens in short-term experiences, but
how do we live our long-term faith in a world where the short-term is
so much more appealing?

What are your thoughts?