John Hearn led a group of world racers that Karen and I coached. When we’d rendezvous with the squad in some obscure place in the world and ask how he was, his transparency was refreshing. He’d say something like, “I’m a hot mess.”   And he was. Working through his understanding of  w…
By Seth Barnes
14 May 2012, 12:05 am
By Seth Barnes
14 May 2012, 12:05 am 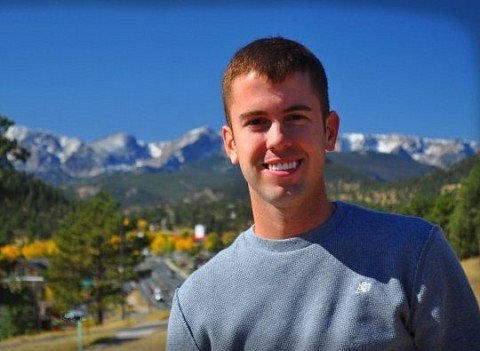 John Hearn led a group of world racers that Karen and I coached. When we’d rendezvous with the squad in some obscure place in the world and ask how he was, his transparency was refreshing. He’d say something like, “I’m a hot mess.”
And he was. Working through his understanding of  who Jesus is and his own culturally-defined identity was hard work.
Having been a church pastor, John had seen enough of American Christianity to struggle with the contrast he saw overseas. I’ve excerpted some of his final blog (and a rap). To see the rest of it, go here.

I’m not going to lie…being back in the States is hard.  Like a vampire
exposed to light, I’m finding it difficult to adjust to my new
surroundings.  I feel blind at times as I carefully feel my way around
this unfamiliar world.

Life is different after The Race.
America is different after the race.   People have changed. Heck, I have
changed.  My dog has expanded in girth and my mamaw has decreased in
height.  Friends have new husbands, new wives, new babies, new lives.
Familiar faces have passed away and strangers have entered the picture.
I feel more homeless in my own bed than I ever did sleeping on a bus
station floor in Asia.

My world has changed.

It’s no longer acceptable to wear the same clothes 4 days in a row.
I have actual choices as to what I’m going to eat for dinner.
I am overwhelmed by the luxuries of America.
I have to work harder to find peace.
I no longer have orphans tugging on my clothes.
The war against mosquitoes has ended.
I no longer like my Jesus.

After living in the bush, loving on orphans, befriending prostitutes, and baptizing the nations, my Jesus has been UNVEILED, DIVULGED, EXPOSED….

My Jesus is a FrAuD…

After returning from the race it was my revelation, that I worshiped a God with a false reputation.

The truth is that Jesus is like nothing I heard, in fact everything above is completely absurd

I put him in a box, a prison of his own, and knocked my King down from his heavenly throne.

The Jesus in the Bible is not to be confined by pages, as he has continued to save throughout the ages

He came down from heaven to this earth we are in, and defeated the enemy we know as sin.

If he walked into your church on this very day, I’m sure some of you righteous would shew him away

To most Christians he would appear as a total stranger, maybe raise some red flags as you think you’re in danger

His smile sports dirt, dust, and a little mud, you better protect your carpet before he stains it with blood

You can’t categorize him as black or white, and no matter how much you wanna be right

Jesus is not a man who chooses one over another, because he loves us all regardless of color.

This man known as Christ is not bound to a church, instead he’s out continuing the search

Because safe doesn’t describe Jesus by any means, because the REAL Jesus redefines the American Dream.