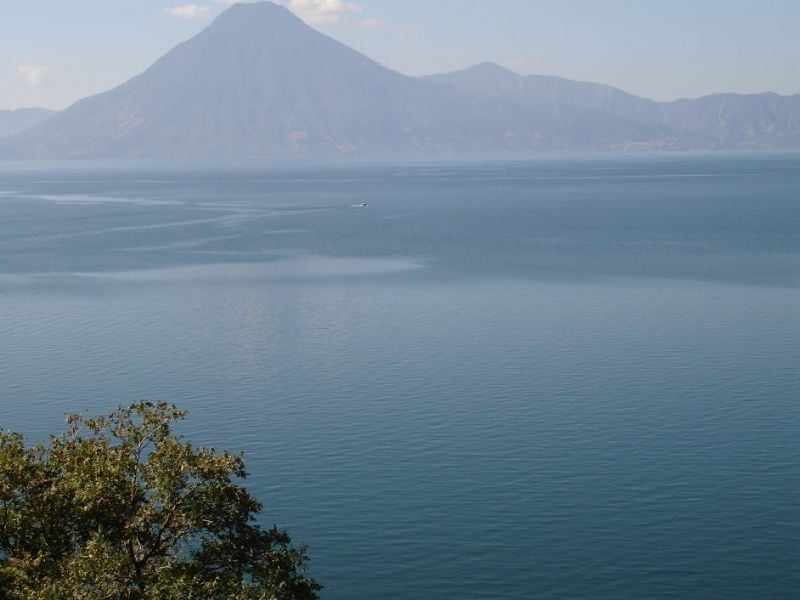 I came to Lake Atitlan in 1975. I had been depressed for most of my high school years. I didn’t know who I was or where I was going. I was on a missions trip with 25 other students about my age.

We came from a town to the north – Huehuetenango. We’d been building a camp there. Our bus crested the green ridge and suddenly, it stretched before us in a great volcanic bowl. Nothing could have prepared me for the stunning beauty of Lake Atitlan. Over a thousand feet deep, it is ringed by towering volcanoes.

I later learned more of its reputation. German explorer and naturalist Alexander von Humboldt had called it “the most beautiful lake in the world.” Aldous Huxley had compared it to Lake Como.

Our visit there was the capstone to the trip – an experience that woke me up to a world that was inviting me to explore it. The next night we crossed the lake in a boat and I could sense a future opening up before me.

God uses places to incubate and birth his dreams. For example, Bethel, was a place in the the desert where Abraham built an altar. God also uses specifics in time and space to punctuate his promises. God’s promise to Abraham was, “I will give you many descendants.” (Gen. 22:17) As many as the stars in the sky and sand on the seashore.”

God has dreams he wants to share. He is looking for places where they can be conceived, birthed, incubated. The World Race was a dream he shared with me in South Africa that I incubated in Georgia and birthed in Mexico.

But God’s dream that I might come out of my place of depression and into a destiny helping to wake up a generation to his promises was first birthed in Lake Atitlan.

In 1980 as a 22 year-old college grad, my first assignment was to drive from Virginia to Honduras. My stop along the way at Lake Atitlan was a highlight where God shared his dream for my life with me.

A decade later in 2014, our team stood on a ridge overlooking the lake and sensed God birthing the dream of a new kind of church – one that would welcome young people. It’s a dream we’re still incubating.

Lake Atitlan will always be a special place for me. A place where God shares his dreams. Is there a place you have where God has shared his dreams with you? As we come out of hiding and begin to wake up to a world brimming with possibilities, God wants to share his dreams with us.

People of faith talk about deliverance in the context of casting out evil. Perhaps some of you know how to do deliverance, but can you deliver the dream of God? He’s wanting to partner with you to make his dreams a reality. Sometimes all we need is a special place where he speaks to us.

For me, that place has been Lake Atitlan. Do you have such a place? Why not ask God for a place where you can receive his dream for your life?

A friend wrote in response to my last post about what to do when your dreams die. He said, “My na…
01 July 2020

What To Do in a Season of Dying Dreams?

I just stayed at an Airbnb this past weekend. It was a beautiful place on a river just 25 minutes…