Leading others with excellence 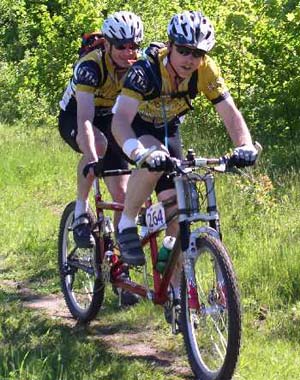 Are you a leader? Why do people follow you? You want them to follow you not because they’re curious or because they have to, but because you add value to their lives. As a leader you take them places they want to go and can’t go by themselves.
My previous blog compared the task of leading yourself to riding a bicycle. We can extend that metaphor and say that leading others is like riding a tandem bicycle. Together you maintain balance, momentum and direction. And while the person upfront must steer, if the person in the second seat chooses not to follow, then they won’t go anywhere together. I see three steps in leading another person.

The first step in leading someone is to listen to them and understand a) where they want to go and b) what they are skilled to do. In positions of greater authority you also want to understand more about who they are as a person and the kind of people they want to work with.
Steven Covey defines this step as the habit of “seeking first to understand and then to be understood.” Good job interviews ask the kind of specific questions that reveal where a candidate wants to go and what competencies and character they bring to the table.

The era of leading from positional authority is over. People in today’s world expect more involvement in the direction of an enterprise. A good leader, understanding the subtleties of influence, will engage followers in a more advanced conversation about where they are going together and how they are going to get there. Such conversations act as road maps clarifying future direction. They are important signals of future direction. They are important signals of mutual respect.

Covey calls this step the win/win and defines these five components:

The negotiation step is not a one-time event. In a complex world where people are expected to lead themselves and new projects require new teams to come together for prescribed times, a good leader will continually clarify the five components of a new win/win. Of course the less prepared a person is to lead themselves or the shorter the time frame, the more a leader may need to use positional authority to get a job done. Conversely, more complex projects requiring a high level of initiative and skill need leaders who are able to negotiate more detailed win/win agreements.

Collaboration
A one-man-band can entertain for a while, but put a group of instruments together under the direction of a conductor, and you may have an orchestra capable of beautiful music. 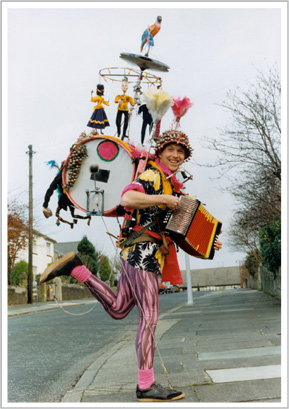 A good conductor knows how to mesh the sounds of each individual instrument so that they complement one another and blend with one another.
Many people are content to play their own one-man-band music and may entertain small clusters of people. But to fill an amphitheater, you need an orchestra that has practiced together and is skilled at playing together. In good orchestras, not only is there respect for one another, but the timing between the various instruments has been carefully refined.
Ultimately the conductor doesn’t make any sounds, but has more to do with the sound produced than anyone else. He knows what each orchestra member is capable of and pulls the best performance from everyone. He’s a true leader.