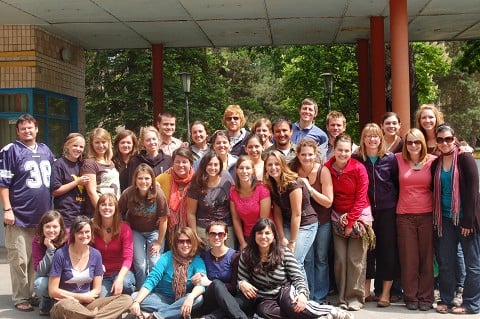 Summer is underway with a flourish here at the AIM base. It’s been a nonstop whirlwind of activity. Consider our last two weeks:
Ukraine Debrief
We finished coaching our group of 32 World Racers, meeting them for a final debrief in Kiev, Ukraine.
We were so proud of them. Not only did they finish the year in their same teams (5-6 per team), but they actually finished with more people on the squad (33) than they started with. Reason: One of the married couples got pregnant!

I wish I could show you the difference that the year has made in the lives of our racers. Every one of them is returning a different person. They’ve learned the importance of living simply and living sold-out for Jesus. At least 75% of them are making plans to go into full-time ministry.

Along the way, they’ve become spiritual sons and daughters to Karen and I. We’ve poured ourselves out for them and believe in them. We’ve coached them through many a tough issue or growth area. And now that it’s done, I can’t lie, it’s been exhausting, and we’re glad for the break. 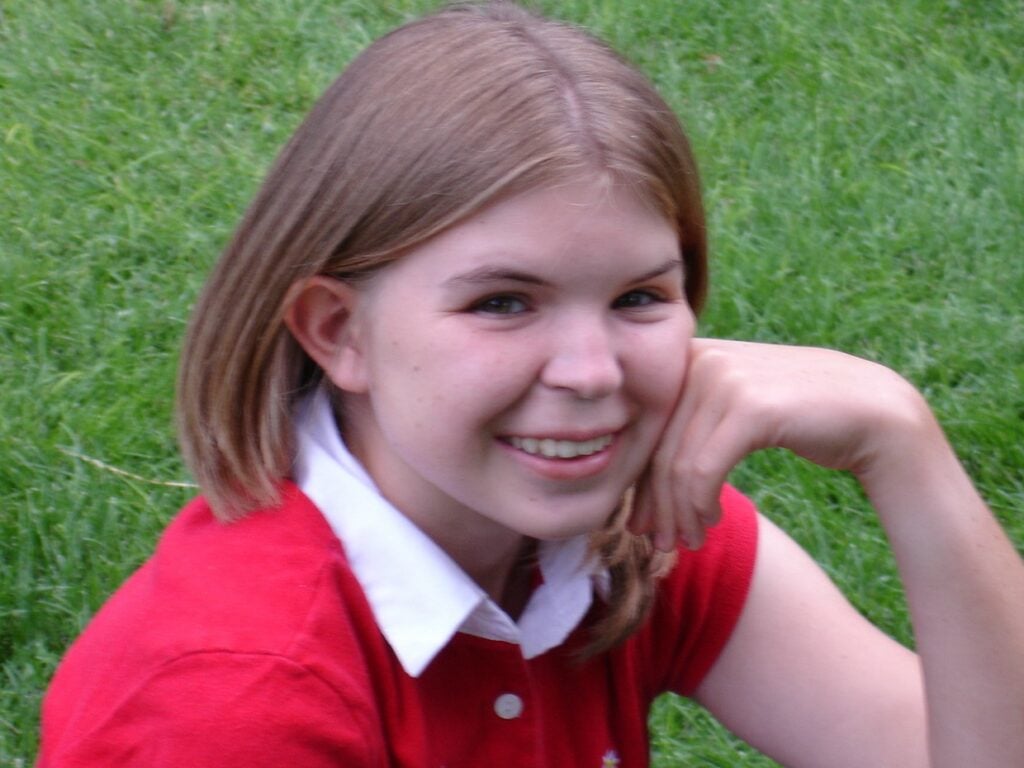 Leah Graduates
The day we got back, Leah graduated from high school. She has done so well. Life is hard for her, but she has a lot of pluck.
For the last week, she has volunteered in the kitchen at training camp. Next fall, she’ll be enrolled in a program that will enable her to volunteer at the local hospital. We’re so pleased to see her progress.
Seth Jr. Returns
Seth Jr. returned from leading a team in Nicaragua. He really came into his own there as a discipler.  He especially enjoyed teaching the team and challenging the young men on the team. In fact, he liked it so much, he’s making plans to return there in the fall.
World Race Training Camp
A couple of days after we came back from Ukraine, the house was full of guests here for the next World Race camp.  It was a record number: 88 participants, and 22 former racers there to facilitate camp for them. Training camp is usually life-changing for many of the participants. This testimony from Shannon is typical:

This is the most emotionally and spiritually exhausting place I have ever been. I’ve had to peruse the files of my deepest pain over and over, journal about it, talk through it, grieve it, and lay it down.

But you know what? On top of being the most unbelievably hard place you could imagine, this place has such a freedom. This place has such a healing. And this place has freed and healed me. Let me just say this plainly: I was delivered this week of demonic influences, strongholds, mountains, and pain that has plagued me for my entire life. I did not know it was possible to feel the lightness, freedom, peace, and joy that I feel now.

Real Life Training Camp
The same day that the World Race camp ended, the Real Life camp started (and is going on as I write this).  We’re sending a record number of participants for this program, as well.
Missions Life Is Hard in Swaziland 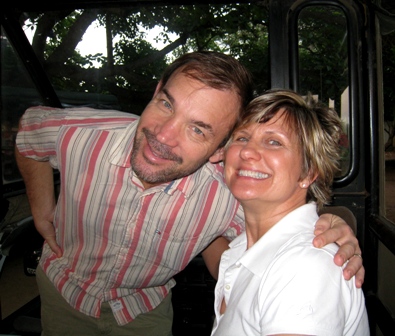 When you go to countries like Swaziland where death stalks the population, you’re putting your life at risk. Today I received word that our staff has had their lives threatened.
The situation that one of the local Swazi women whom we help, Nomsa, faces illustrates the very real danger we face. Nomsa reported that her mom was missing. They finally found her last week in the woods, where it was evident that she had been murdered. As we make good inroads with the Swazis, others become jealous or antagonistic. Please pray for us.

Transitions, Transitions!
We not only said goodbye to our World Race team, when we returned home, we also had to say goodbye to our family dog, Abby. We’re looking forward to a little stability in our lives, but we’re not sure when that might come. Probably many of you are going through transition of your own in the current economic downturn. We’re praying for you.

So, we welcome your prayers as we consider God’s leading in this new phase of life!