Not enough authority these days

50 years ago, if someone proclaimed, “I’m going to call the authorities!” you were in trouble. Authority used to be important, but lately it’s fallen on hard times. 22% of Americans trust Congress and other traditional sources of authority aren’t doing much better. 3 million a year are leaving th…
By Seth Barnes
29 June 2010, 12:06 am
By Seth Barnes
29 June 2010, 12:06 am 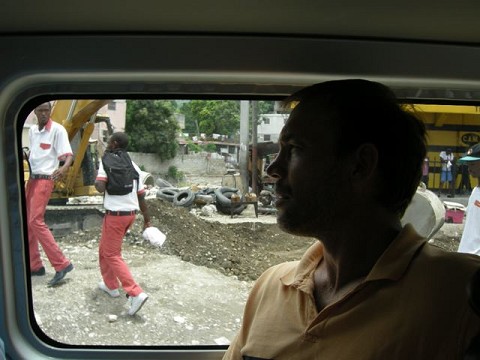 50 years ago, if someone proclaimed, “I’m going to call the authorities!” you were in trouble. Authority used to be important, but lately it’s fallen on hard times. 22% of Americans trust Congress and other traditional sources of authority aren’t doing much better. 3 million a year are leaving the institutional church (according to this book).
“By what authority are you doing all these things? Who gave you the
right?” The Pharisees asked Jesus (Luke 20:1). Great question – undermine Jesus’ authority, and his followers will fade into the woodwork. The Pharisees played for keeps.
These days, everybody has Google and Wikipedia; everybody is an authority. We have always prized independence, but where do you draw the line? In an age where questions are more valued than answers, it’s worth asking, “Is there a downside to all this questioning?
Some people would consider Theodore Dalrymple an authority. A doctor and a psychiatrist, he thinks many parents have made a huge mistake in the way they’ve brought up their children. Children can only learn self-control as they learn to respect authority – fail to teach that to children, and they will run amok. Dalrymple’s book, In Praise of Prejudice is a fascinating exploration of the subject. Here he is taking parents to task for “investing their children with an authority to make choices and exercise vetoes as soon as they are able to express, or even to indicate them”:

By abdicating their responsibility in this fashion, in the name of not passing on their own prejudices or preconceptions to their children, and not imposing their own view of what is right upon them, they enclose their children within the circle of their childish tastes. …in the absence of experience, children will always choose the same thing, the thing that is most immediately attractive or gratifying to them. … [This] is soon followed by arrested development.
A young child, constantly consulted over his likes and dislikes, learns that life is, and ought to be, ruled by his likes and dislikes.  He is not free of prejudices just because he is free of his parents’ prejudices.  On the contrary, he is a slave to his own prejudices.  Unfortunately, they are harmful both to him as an individual, and to the society of which he is a member.

Being unconventional has become a virtue:

An artist who breaks a taboo…is likely to be praised for his originality, courage, and so forth, irrespective of whether the taboo ought to have been broken, or the social effect of having done so.  The habitual breakers of boundaries are not so much objecting to any particular boundary, as objecting to the existence of boundaries as such.  It has become a convention to escape convention.

The dogma of political correctness is oxymoronic – it throws off what has been commonly accepted only to replace it with an even more rigid standard.
The point is, you can’t escape the issue of authority. You can decry the
existing authorities, but then you’ve set yourself up as the ultimate
authority. If enough people do that, you’ve got anarchy.
As Dalrymple says, “A blind prejudice in favor of constituted authority has been replaced
by a blind prejudice that authority, other than one’s own, is inherently
illegitimate. We can rid ourselves of any particular attitude to any
given question, no doubt, but we cannot give up having any attitude
whatsoever towards it.”
Whether we like it or not, most information comes to us from an authority figure. Look up any Wikipedia article and check out the history of how that article came into being – inevitably you’ll find that it was compiled by multiple authorities in the field.
And if parents need to hit the reset button in the way they view authority, then we who would become like Jesus must do the same. We need to become somebody’s disciple. Everybody’s opinion is not equally valid. We need to place ourselves under someone’s authority. We need the occasional rebuke – others have studied more, lived longer, and have a store of wisdom share that will save us pain.
Having been burned multiple times in the past is not a good reason to live so self-sufficiently – you and I need authority in our lives.
Life is too short not to find a few people to trust who have some God-given authority about them who can help us live a better life.