Persecution up close and personal in India

Yesterday, I received word about my friend and ministry partner in India, Samuel Thomas, who was released from prison after being brutally tortured for two months. While there, among other things, he was deprived of sleep for two weeks straight. And now he has had to go back into hiding becaus…
By Seth Barnes
06 May 2006, 12:05 am
By Seth Barnes
06 May 2006, 12:05 am

Yesterday, I received word about my friend and ministry partner in India, Samuel Thomas, who was released from prison after being brutally tortured for two months. While there, among other things, he was deprived of sleep for two weeks straight. 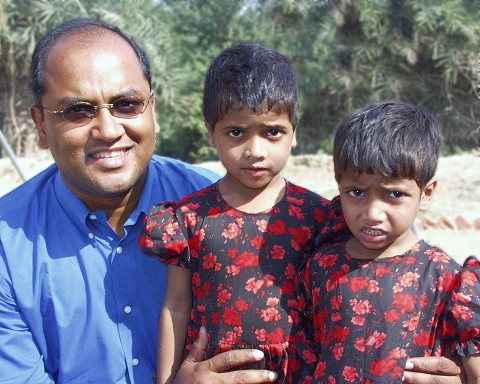 And now he has had to go back into hiding because the government wants to re-arrest him.

Yet, when he met the World Race team at the orphanage where they are working, this report is typical of their reaction: “Never in my life have I experienced the presence of God on a person as strong as it was on him. The minute I walked outside and saw him greeting and loving on the children, I was crying. As he came so humbly and introduced himself to us and told us just a glimpse of what he had been through, the Holy Spirit fell so strongly on many of us… we were in tears, speechless.” (Click here for the whole report).

If you saw “The Lord of the Rings,” you’ll recall the part where the eye of Sauron was searching to and fro for the ring and then when it came to rest on the hobbits, all the hosts of Mordor were unleashed against them. We’ve got an enemy who is relentless that way. But the good news is, we win.

Samuel Thomas was strong going into prison, but he came out even stronger, with a profound grasp of Paul’s secret described in Philippians 4:12: “I have learned the secret of being content in any and every situation.”

I can’t say I want to go through that kind of pain to learn the secret, but I do want to learn that secret. How about you?