While the average person has 150 acquaintances and 130 Facebook friends, they have just two close friends.   According to the Discovery Channel’s report, one in four people have no one to talk to at all. Most people have 50% fewer close friends than 20 years ago. My conclusion: Ez…
By Seth Barnes
23 January 2012, 12:01 am
By Seth Barnes
23 January 2012, 12:01 am 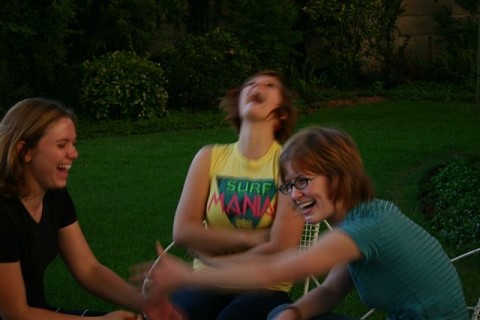 While the average person has 150 acquaintances and 130 Facebook friends, they have just two close friends.
According to the Discovery Channel’s report, one in four people have no one to talk to at all. Most people have 50% fewer close friends than 20 years ago.
My conclusion: Ezekiel’s valley of dry bones* is a reality in America today.
Jesus calls the church his “body” and it’s a great metaphor. As Paul describes it, we’re members of the body of Christ – “a unit, though it is made up of many parts.”
The problem is, we’re disconnected. My function may work just fine, but it too often works in isolation from the rest of the body.
This happens in part because of the busy, isolated way we live that doesn’t translate well to community living. We’re descended from cowboys and pioneers and rebels. They came here running from connection – the connection to the Crown felt so strong it was strangling their spirit.
We see a picture of a connected body in the Acts 2 church. The church members gladly shared all they had with one another. Their connection became an amazing form of empowerment.
We often think of the miraculous works of the Holy Spirit as the engine that powered the explosive growth of the early church. But the cohesiveness of their community was a secret weapon – it must have made them an unstoppable force.
An arm can lift things, but disconnected from a shoulder, it is ineffectual. Jesus prayed for this connection for his disciples before dying.** We long for it. It’s what we so often miss on Sunday mornings. It’s why young people are leaving the church by the millions. It’s what God wants to give us.
How many deep connections do you have in your life? Do you want more? What can you do to get them?
* Ezekiel 37
** John 17