This morning I was listening the On Being podcast with Ariel Burger, the author of Witness: Lessons from Elie Wiesel’s Classroom. Burger shared a beautiful story about his son’s visit to Poland. Here it is. My son was on a trip to Poland. They were touring some of the [concentration] camps…
By Seth Barnes
28 February 2021, 12:02 am
By Seth Barnes
28 February 2021, 12:02 am 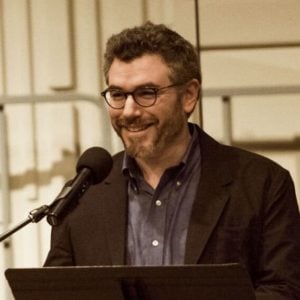 This morning I was listening the On Being podcast with Ariel Burger, the author of Witness: Lessons from Elie Wiesel’s Classroom. Burger shared a beautiful story about his son’s visit to Poland. Here it is.

My son was on a trip to Poland. They were touring some of the [concentration] camps. And on the third or fourth day of the time in Poland, [my son’s friend] Mason disappeared for the day.

He came back and wouldn’t tell anyone where he had been. And then he told my son. He said, “My grandparents were survivors. They were married three weeks before the deportation to Auschwitz.

In Auschwitz they were separated. And he would go every evening to the fence separating the men’s and the women’s sides of the camps, to bring her a crust of bread or an extra potato if he could, or even just to see her.

“Until my grandmother,” he said, “was transferred to a rabbit farm on the outskirts of Auschwitz.” The Nazis were doing experiments on rabbits that had to do with finding a cure for typhus.

“And then,” Mason told my son, “my grandmother cut her arm on a piece of barbed wire, and the cut became infected. And it wasn’t a serious infection, if you had antibiotics. But of course, if you were a Jew in that place, in that time, there was no way you were going to get antibiotics.

So what did this Polish man who was running the rabbit farm do? He cut his own arm open, and he placed his wound on her wound so that he would get the infection that she had, and he became infected.

And he went to the Nazis, and said, ‘I’m one of your best managers. This rabbit farm is very productive. If I die, you’re gonna lose a lot of productivity. I need medicine.’ They gave him medicine, and he shared it with her. And he saved her life.”

Burger concludes by asking: “What does it take to be the kind of person who will share someone else’s wound, in spite of all the pressure to see them as less valuable than a rabbit? What does it take to push against all that pressure and do the right thing, with courage and moral clarity”

What Does ‘Keep Vigil’ Mean? 5 Lessons During Covid

In the months ahead, a vaccine will arrive and we will walk without fear. But for the moment, we …