Yesterday I flew all the way from Bucharest, Romania to McAllen, Texas to be with Robert one last time. His life made my own life so much richer and his passing leaves me poorer.   Over the years, we shared many adventures. His death this past Tuesday was an event he’d wrestled with for…
By Seth Barnes
26 September 2009, 12:09 am
By Seth Barnes
26 September 2009, 12:09 am 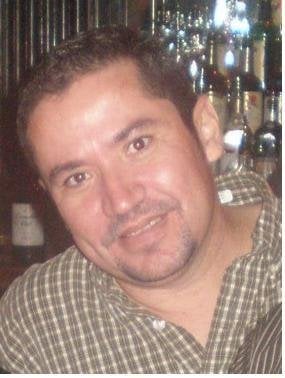 Yesterday I flew all the way from Bucharest, Romania to McAllen, Texas to be with Robert one last time. His life made my own life so much richer and his passing leaves me poorer.
Over the years, we shared many adventures. His death this past Tuesday was an event he’d wrestled with for years as he suffered the pain of multiple illnesses. He wanted to battle through the pain as long as possible for his mother and for his son, both of whom he loved more than life itself.
I thought about what to share about his life and felt like it would be better if I tried to give you a deeper understanding of my friend as opposed to glossing over some of the things that made his life difficult. In doing so, my intent is that we might love him and honor his memory more fully and honestly.
I met Robert first in Matamoros in 1992.  He had served as a translator on our projects.  The first week made such an impact on him as he walked with our teams from house to house that he decided to stay another week.  And after that he served for another week until, at the end of the summer, he talked with me about the possibility of coming on staff with our ministry.  And not long after, not only was he on staff, but he was using his natural leadership gifts to help us establish a base in Mexico.

I remember watching Robert transfix a crowd with his powerful speaking skills.  I was amazed to watch him as he gathered the pastors of Tampico and led them as they’d never been led before.  He became our first base director in Mexico. Later, Robert used these skills to run a couple of successful businesses and lead a department in the local university.  Robert accomplished a lot during his time on earth.

I don’t think I’ve ever met a man who had more pain in his life than did Robert Cantu.  He had the physical pain of scoliosis and a dozen other chronic maladies, the last of which ended up killing him.  It was more than anyone should ever have to endure. And he endured a far greater emotional pain for much of his life.  This was a pain so dark and so searing that Robert kept it locked away from everyone.  When Robert was still a boy, his father died in his arms of a massive heart attack.  You can imagine the sense of loss and confusion a boy would feel in the wake of such tragedy.  It pierced him to the core. And in the midst of his mourning and isolation, a second unspeakable tragedy happened, one which he shared with only a few people during his life.

Yet for all the pain that filled Robert’s life, there was much joy and love.  Robert loved to laugh, and we always seemed to laugh a lot together.  Though he became very successful in his academic career, he often thought about his career as a missionary and wished he could somehow find his way back to that simpler time in his life.  He cared deeply about people, especially needy ones.  Some of you who only saw the protective mask he sometimes wore didn’t see that, but I saw him help people all the time.  His greatest joy was to help others.  He loved God with a passion that I’d only seen in a few others.

Towards the end of his life, the pain progressed from a dull and perpetual throb that lasted day and night, racking his soul.  The pain gradually took over until all most people ever saw was a mask.  Many people probably mistook the mask for Robert himself.  He would explain to me the way he treated his family and his coworkers and we both knew that wasn’t him they saw, but his mask.  What made the pain even worse is that Robert felt things deeply and longed to connect and care for people.  He was dying inside, but didn’t see a way out of his situation.  He was stuck – on the one hand he loved his son more than anything else in the world and wanted to give him a loving home in which to grow up.  He needed to stay alive for his son.  And on the other hand he couldn’t break free of the prison of pain in which he was trapped.

Robert’s pain has ended now.  He preached a lot of sermons and, like all of us, made a few mistakes.  But his final and best sermon he preaches to us still because he preaches it with his life.  Before he died, I shared with him what I would say today and asked him to leave me some final words to give to you and this is what He said:

“I didn’t want things to end like this.  I know that even now I have the potential to do more.  I went through some of my old letters.  I call it my “celebration of life.”  I feel like I haven’t fulfilled my purpose.  People kept telling me that I needed to surrender to God.  But I tried to fight it on my own.  Finally this weekend, I gave up and surrendered to God.  I gave up.  But, I’m by myself.  I feel like I’m at the wrong place at the wrong time.”
I beg to differ. Robert is now in the right place at the right time. Robert’s struggle is over – he lived life to the full, loved well and served his master with passion. I pray that he is dancing in his whole and glorified body as we mourn his passing.