Rohr on becoming a spiritual warrior

Richard Rohr is so profound – probably the wisest man I’ve met. Men really need to read “Adam’s Return” to understand what it means to be initiated as a man of God. Here’s what Rohr says about becoming a spiritual warrior: In contrast, the warrior must be in submission to a “king” – one who ha…
By Seth Barnes
24 January 2007, 12:01 am
By Seth Barnes
24 January 2007, 12:01 am

Richard Rohr is so profound – probably the wisest man I’ve met. Men really need to read “Adam’s Return” to understand what it means to be initiated as a man of God. Here’s what Rohr says about becoming a spiritual warrior: 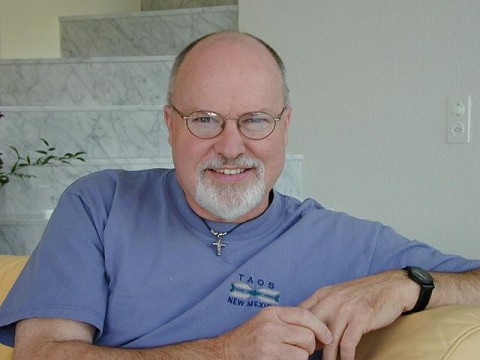 In contrast, the warrior must be in submission to a “king” – one who has a vision of truth and justice larger than himself. Today we have few
sacred no’s because we have few warriors, individuals who are protecting boundaries other than their own.

The ultimate warrior is the saint who protects the boundaries of the Reign of God – even against the demands of state or institutional religion. In its fullest form the warrior and the
sacred no are seen in the rare but necessary figure of the prophet.

Because Jesus had said a deep “yes” to the Reign of the Father, for example, he could unflinchingly offer a
sacred no to religious leaders who sought their own kingdoms.

Traditionally [in the Church] we have had the power of the
sacred no, of putting limits on the person, of challenging the person for the sake of something spiritual, sacred and great in order to expand the soul.

The Church does not use that power to call the sons and daughters of God to the kinds of issues Jesus called us to in the Sermon on the Mount: to the journey of justice, to nonviolence, to a simple and even poor life-style, to freedom and truth beyond institutional truth. Instead the Church has often used the
sacred no for issues of control – usually in the areas of sexuality and marriage – which only produces more anger, mistrust and fear of “the fathers.’