When I first started going on short-term mission trips in 1975, I was an oddball.  No one knew what to make of a high school student going off to Guatemala for two months.  But these days, short-term missions are standard fare for young people eager to do good while seeing the world.&nb…
By Seth Barnes
14 July 2008, 12:07 am
By Seth Barnes
14 July 2008, 12:07 am 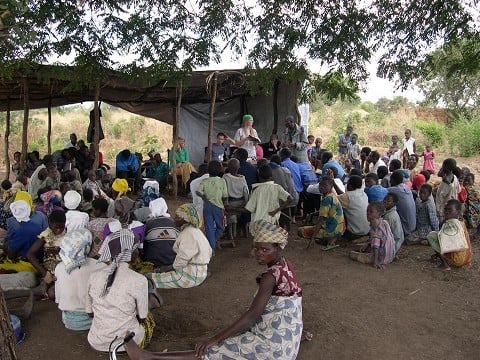 When I first started going on short-term mission trips in 1975, I was an oddball.  No one knew what to make of a high school student going off to Guatemala for two months.  But these days, short-term missions are standard fare for young people eager to do good while seeing the world.
Last week an article appeared in the Washington Post describing the good, the bad, and the ugly of the phenomenon.  Unfortunately, there’s plenty of each.  Here’s an excerpt from the article:
Work Abroad Criticized for High Cost and Lack of Value

Despite the concerns with trips abroad, their popularity is soaring.
Some groups go as far away as China, Thailand and Russia. From a few
hundred in the 1960s, the trips have proliferated in recent years. A Princeton University
study found that 1.6 million people took short-term mission trips — an
average of eight days — in 2005. Estimates of the money spent on these
trips is upward of $2.4 billion a year. Vacation destinations are
especially popular: Recent research has found that the Bahamas receives
one short-term missionary for every 15 residents.

At the same time, the number of long-term American missionaries, who
go abroad from several years to a lifetime, has fallen, according to a
Wheaton College study done last year.

The short-term mission trip is a “huge phenomenon that seems to be
gaining in momentum rather than waning,” said David Livermore,
executive director of the Global Learning Center at Grand Rapids
Theological Seminary, who studies the trend.

But research has found that the trips tend to have few long-term
effects on the local people or on the mission travelers. Some projects
take away work from local people, are unnecessary and sometimes
dangerous.

“I really don’t think that most people are trying to be ugly
Americans,” said Glenn Schwartz, executive director of World Mission
Associates and author of “When Charity Destroys Dignity.” “But they’re
misinformed and don’t realize how their good intentions can go awry.”

Mission groups also often bring their own experts and ignore local authorities on the ground.

In Monrovia, Liberia, three years ago, tragedy occurred when
visitors built a school to their standards instead of Liberian
standards. During the monsoon season, the building collapsed, killing
two children, Livermore said.

Critics also question the expense involved in sending people long
distances. Short-term missionaries pay $1,000 each, or far more, in
plane fare and other expenses to get to remote destinations.

A 2006 study in Honduras found that short-term mission groups spent
an average of $30,000 on their trips to build one home that a local
group could construct for $2,000.

“To spend $30,000 to paint a church or build a house that costs
$2,000 doesn’t make a whole lot of sense,” said Kurt Ver Beek, a
professor of sociology at Calvin College who conducted the research.

A coalition that organizes mission trips has also set up standards
that call for consultations with local organizations during planning,
cultural training for participants and qualified leaders to be sent
with the group.

“If [the trips] are only about ourselves, then we’re doing nothing
more than using another culture . . . to get some benefit at their
expense,” said the Rev. Roger Peterson, chairman of the Alliance for
Excellence in Short-Term Mission, who helped set up the standards. “I
don’t care what verse of the Bible you read, it’s wrong, it’s wrong,
it’s wrong.”