Maybe you went on a short-term mission (STM) this past summer. If so, have you found yourself wondering what happened to those who you partnered with on the field after you returned home?   The good news is that the advances in communication technology have made it possible to continue t…
By Seth Barnes
16 August 2011, 12:08 am
By Seth Barnes
16 August 2011, 12:08 am 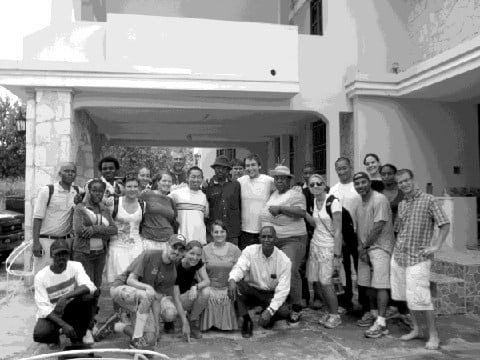 Maybe you went on a short-term mission (STM) this past summer. If so, have you found yourself wondering what happened to those who you partnered with on the field after you returned home?
The good news is that the advances in communication technology have made it possible to continue to stay involved with your partners. The bad news is that our our STM “technology” – that is to say, the way in which we practice STMs – has not caught up with technology.
The standard practice is to go for a week, do good, and then return to our busy lives, in time losing track of those we may have bonded with back on the field.
It doesn’t have to be that way. Take the example of an AIM team to Haiti earlier this year. Nineteen strangers from around the U.S. met in Haiti. They formed a team that ministered to over 1,000 children for a week, feeding them, talking to them, and praying with them.
But with all of the hurting people they met, it was Sister Lounia, her husband and the twenty four children that captured their hearts.
Sister Lounia’s “house” is a storage unit with only five beds reeking of urine and containing mold. The unit is only about 500 square feet in size. An outside portion is closed off with a tarp that is torn.
The team was determined to do something about it. Team member Christine Jarratt observed, “We did not want to be just another short term mission that came and left unchanged. These children needed help.”
Before leaving Haiti, the team decided that they would form an organization to help support the orphanage.
In the month’s since returning, the team founded LIFEstone International – a reference to  the living stones Peter refers to in his first epistle. They regularly have skype conference calls and have begun to raise money to improve the quality of life for Sister Lounia and her growing family of former-orphans.
There’s is a great example. Before signing up for your next STM, why not determine to follow in their footsteps? Ask the mission agency you’re going with if they have a means for you to continue to be involved with people back in the field once you return home. It’s a way of injecting missional integrity to an STM process that is often far-too Americanized and broken.

“Those from among you will rebuild the ancient ruins, you will raise up the age-old foundations; and you will be called the repairer of the breach, the restorer of the streets in which to dwell.” (Isaiah 58:12).