The 3 Stages of Dustin Dills 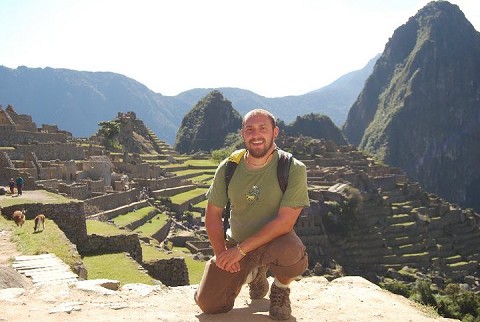 Where are you on life’s path? Do you know who you are and what your purpose is? Are you free?

Dustin Mick (“Dusty”) Dills is a good example of someone who wasn’t free and didn’t know his purpose, but who went on a journey to finding the answers. I share his story because in many ways, it is all of our story.

I have known Dustin for five years. During that time, I’ve seen him go through a transformation.

Growing up in Franklin, NC, Dustin was a victim. He was abused and that abuse defined him. But he was made for more than that. Freedom didn’t come quickly, but it came – here’s his story in his own words.

I blamed myself for my Mom and Stepdad’s divorce, and even for mine and my Dads relationship being distant growing up as a child.

There were sexual things that happened to me as a child from kids in our neighborhood, that I had no control over.

I even blamed myself for my Mamaw passing away when I was little… On and on it went.

One thing led to another, and before I knew it, all this stuff I’d never even thought about, started to surface. It hurt really, really bad, but as I poured out my heart, I could feel the weight getting lighter.

I talked to my friend about it. And every time I would think about something else I blamed myself for, and speak it out, my buddy would ask me a simple question…

“Dusty, when that was happening and those things were taking place… Where was Jesus?”

The words penetrated to my heart and each time I would answer, “He was right there. Right there holding me each and every time.”

He NEVER left me or forsook me. He was protecting me through it all.

This went on for sometime and eventually my buddy said, “Dusty, you’ve gotta stop blaming yourself for these things. It isn’t your burden to carry. You may have felt alone during those times, but I’m telling you, Jesus NEVER left your side. He loves you.”

He was so right. Through good and bad, thick and thin, beautiful and ugly. Jesus was holding me tightly. He NEVER let me go.

On the World Race, I was super depressed and down on myself because of my past. Why was I bringing the past up? Because, it’s true, we really are our on worst critics. I was once again allowing my identity to be found in my past.

When God told me to share my testimony with the entire squad, I was like, “Really, God? Really? You know my story and how bad it hurts. I don’t want to talk about it.”

For the longest time I wouldn’t share it with anybody at all. It was something that hurt too bad. I realized how selfish I was at times to not reach out to others with it. Now, don’t get me wrong, I feel like there is a time and a place, but I was TOTALLY against sharing it.

For two years I’ve continued to be discipled and have grown. It hasn’t been easy going through my stuff, but now God is using me to set others free in the same way I was set free.

Recently I led a World Race squad. We were in an earthquake in Nepal. When the ground was shaking and the rest of the squad was panicking, it was natural for me to care for them first.

We were on a mountainside. Houses were collapsing around us. I yelled, “Get down!” And they did. The squad stayed safe through the earthquake. And God is using me to help them get to emotional safety as well. It is a privilege to help set them free as I’ve been set free.

For years now most of you know I’ve gone by, “Dusty.” However, this actually didn’t start until around 2006. Prior to that, I always went by “Dustin.” Unfortunately, around the time I had my name change, I wasn’t exactly living for the Lord 100%.

It didn’t hit me till recently, ever since I started living as “Dusty”, I struggled a lot with sin, identity, and insecurities.

Our first week on the field here in Ecuador, the Lord gave me a dream…I was standing in a shower and I was covered in dust. Head to toe, you could hardly even tell who I was.

The next thing I know, God dumps a huge bucket of water over me and completely washes every-bit of dust off of me. As soon as this happens, the Lord spoke to me and said, “You’re not ‘Dusty’ anymore.”

I immediately woke up, grabbed my journal and began to write. I knew what this dream meant.

He was calling me into my true name. The identity given to me by Dad and Mom on Sunday, September 27th, 1987 when I first entered this world.

Here is the true meaning – Dustin: BRAVE WARRIOR Mick: WHO IS LIKE GOD

Down with the old man, up with the new!

Does that mean that Dustin has arrived – that he can rest in his newfound popularity?

No, Dustin Mick has not arrived. He still struggles as do we all. Today he starts his new job working at REI in Buford, GA. I checked his Facebook page – 350 people “liked” his status report.

What this tells me is that he has moved from a life struggling to get free to a life spent pouring himself out for others. He has spent his last few years investing in discipling others into freedom.

All of us start out in life with pain – that is normal. But, as Dustin discovered, we aren’t victims, we are more than conquerors!

Here is Dustin’s challenge to us all:

So I ask you… What are you carrying around that isn’t yours to carry? A death, divorce, sickness, breakup, etc…

Are you allowing the things of your past to determine your future? Don’t do like I did and find security in those things. It’ll wear on you and eventually bring you to death.

And yes, as crazy as it sounds… Your testimony is your testimony, no doubt, but DON’T allow the things that are in your past that God has brought you through to define your here and now or your future.

You are worth so much more. You are worth being loved. Find freedom in Christ and allow His sacrifice to be all sufficient and enough!