Here in Bucharest and I was thinking about a teaching Michael Hindes does called “the bigger coat principle.”  It’s based off of a story that culminates in 1 Samuel 2:19. Hannah made a promise to God she would hand her son over to Eli. She gave birth to Samuel and, true to her word, after…
By Seth Barnes
21 September 2009, 12:09 am
By Seth Barnes
21 September 2009, 12:09 am 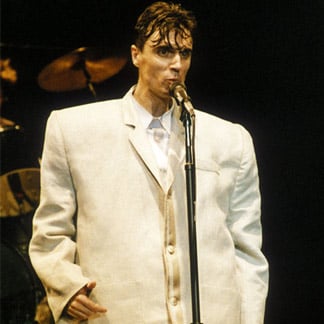 Here in Bucharest and I was thinking about a teaching Michael Hindes does called “the bigger coat principle.”  It’s based off of a story that culminates in 1 Samuel 2:19.

Hannah made a promise to God she would hand her son over to Eli. She gave birth to Samuel and, true to her word, after he was weaned, gave him to Eli.

Every year Hannah brought Samuel a new coat.  Why? Because every year he outgrew his old one.  The last couple of months of the year, the coat had to limit his mobility.  If she’s a smart mother, she doesn’t bring him a coat that fits; she brings him one he has to grow into.

That’s how it is for many of us in life, especially those of us who are pioneers. There are very few roles that I’ve been ready for.  As a 21 year-old taking care of Cambodian refugees, I had almost no training. And as a 22 year-old establishing microenterprise organizations in Indonesia, I was similarly over my head. As I look at my life, I’ve been at my best when I’ve been wearing a “coat” that was too big for me.
God often gives us a role that’s way too big for us. But then partway through the year, like Samuel, we may begin to outgrow it.  It becomes tight, but even though it’s tight, we still want to hang onto it. We think it’s comfortable.

We’ll inevitably feel inadequate in our new role. We’ll have many unanswered questions and we’ll wonder if the new role will just end up making us feel foolish. But, that’s the point of a bigger coat. It doesn’t feel comfortable. It’s something you have to grow into. It’s a faith thing.

Too many people don’t want to go through the change that results in wearing the bigger coat. Not only does the role look intimidating, but changing the status quo feels scary. We need to realize one thing before trying on the bigger coat: These feelings are normal.  I like what Ralph Waldo Emerson said, “It’s not in his goals, but in his transitions that man is great.”