Trust – ways I’ve undermined it as a leader

Here’s the final blog in a series on trust-building.Sometimes it’s the things I didn’t do as a leader that undermined trust the most in organizations I’ve run. I’ve always had a mercy streak in me. I was wounded by bad bosses in the past and made an inner vow that I’d never do what they did to …
By Seth Barnes
21 December 2007, 12:12 am
By Seth Barnes
21 December 2007, 12:12 am

Here’s the final blog in a series on trust-building.

Sometimes it’s the things I didn’t do as a leader that undermined trust the most in organizations I’ve run. I’ve always had a mercy streak in me. I was wounded by bad bosses in the past and made an inner vow that I’d never do what they did to my subordinates. 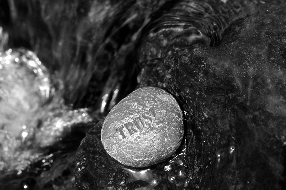 I remember once when I promoted a subordinate to leadership simply because he was ambitious. Ambition can be a good thing when it is godly. But this guy began to buck my authority in subtle, undermining ways. He became disgruntled. I could sense that I needed to ask him to change or leave, but waited too long. Leader meetings with this guy were awkward for everyone. Eventually he left and took two of our best leaders with him.

Or there were many times early in my career where I allowed my own ambition to push us too far as an organization. I couldn’t say “no” to growth. On numerous occasions my staff had to work far harder than was right in order to live up to the commitments I’d made. It made the staff members who were most committed to the principle of integrity absolutely crazy. We routinely had to debrief the fall-out of my trust-busting ways.

Or there were the instances when I hired people who didn’t really share our vision and values. In doing so, I failed to steward what was most important to us all.

Am I a complete idiot? Ha! OK, let’s look at the balance sheet: on the one hand my failure to lead in these situations undermined trust. People expected me to protect them and protect the future that we hoped to build together. On the other, while it’s true that I put our future at risk, the good news is, I’m committed to growing as a leader. I share these examples not as an exercise in masochism, but in the hopes that aspiring leaders will learn the importance of safeguarding trust.

Ultimately one of the best ways to build and protect trust in relationships is to acknowledge mistakes and grow by not making them again. Nothing exasperates followers and undermines trust like a leader who doesn’t learn from his mistakes.