Which voices are you listening to in life?

The following meditation from Buechner is profound and even disturbing. I pray that it unsettles you if you’re one of those who needs to listen more closely to what God is saying to you about your life. 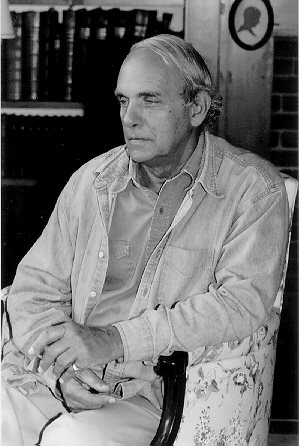 The world is full of people who seem to have listened to the
wrong voice and are now engaged in life-work in which they find no pleasure or
purpose and who run the risk of suddenly
realizing someday that they have spent the only years that they are ever going
to get in this world doing something which could not matter less to themselves
or to anyone else.

This does not mean,
of course, people who are doing work that from the outside looks humdrum, because obviously such work as that may be a crucial form of service
and deeply creative. But it means people
who are doing work that seems simply irrelevant not only to the great human
needs and issues of our time but also to their own need to grow and develop as
humans.

In John Marquand’s novel Point of No Return, for instance,
after years of apple-polishing and bucking for promotion and dedicating all his
energies to a single goal, Charlie Gray finally gets to be vice-president of
the fancy little New York bank where he works; and then the terrible moment
comes when he realizes that it is really not what he wanted after all, when the
prize that he has spent his life trying to win suddenly turns to ashes in his
hands.

His promotion assures him and his family of all the security
and standing that he has always sought, but Marquand leaves you with the
feeling that maybe the best way Charlie Gray could have supported his family
would have been by giving his life to the kind of work where he could have
expressed himself, as a person, the kind of support they really need.

There is also the moment in the Gospels where Jesus is
portrayed as going into the wilderness for forty days and nights and being
tempted there by the devil. And one of
the ways that the devil tempts him is to wait until Jesus is very hungry from
fasting and then to suggest that he simply turn the stones into bread and
eat.

Jesus answers, “Man shall not live by bread alone,” and this
just happens to be, among other things, true, and very close to the same truth
that Charlie Gray comes to when he realizes too late that he was not sure what
it was any more than, perhaps, Marquand himself was sure what it was.

There is nothing moralistic or sentimental about this
truth. It means for us simply that we
must be careful with our lives, for Christ’s sake, because it would seem that
they are the only lives we are going to have in this puzzling and perilous
world, and so they are very precious and what we do with them matters
enormously. Everybody knows that. We need no one to tell us.

Yet in another way perhaps we do always need to be told,
because there is always the temptation to believe that we have all the time in
the world, whereas the truth of it is that we do not. We have only a life, and the choice of how we
are going to live it must be our own choice, not one that we let the world make
for us. Because surely Marquand was
right that for each of us there comes a point of no return, a point beyond
which we no longer have life enough left to go back and start all over again.