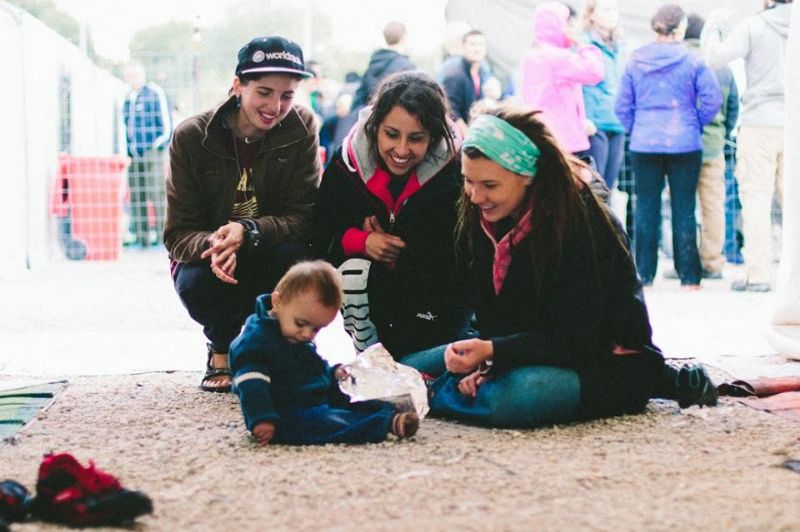 News moves across our screens at a record pace. It passes through our ears, occasionally registering in our minds, but how often does it resonate in our hearts or render a response in our spirits?

Y Squad’s response to leave their planned ministry in Albania in order to work on the front lines of the refugee crisis in Greece reminds me of my initial kingdom journey. Information about the killing fields in Cambodia and the mass slaughter of millions blasted across the news in 1979. I responded and the trajectory of my life changed forever.

Y Squad is beginning their second full week on the island of Lesvos, Greece. Listen to what they are experiencing from Kelly Anne Broderick’s perspective:

It’s around 6:30 PM, my team has just arrived at the refugee transit point for our shift.The sun has long been gone and the rain has not stopped since we arrived in Lesvos earlier that morning. The wind is swirling the rain everywhere and all I can think is, “Cold, I am so cold. This is going to be a long night.”

We stood in the rain for about 10 minutes before we were given a task to help maintain the chaos – hand out tea to those who were even colder and more wet than we were.

Up until this point I didn’t even realize [my race] had not been hard… It felt like any other mission trip I would go on every year. I come, help people, love people, share Jesus, my heart is filled with joy, then [I] get on an airplane and come home. I was living in transition. Just waiting, listening to what the Lord wanted to teach me but not fully engaging, not fully letting myself feel or attach.

Then I experienced what I only had seen on TV or read about in magazines or newspapers.

They became hands desperately reaching out to get bus tickets for their family so they could move to their next point.

They became shivering soaking wet bodies walking 5 hours to be given dry clothes and medical attention.

They became little girls who left their smiles behind as they’re crammed on a boat with 50 others praying the ominous waves don’t overtake them as they travel to a hope of safety.

It was no longer something my heart could not attach to.

With winter coming there is even more of an urgency in the refugees to cross over before then. The increased pressure causes a spirit of unrest and anxiety that escalates the situation even further.

The transition these refugees are in will affect the course of their entire lives. Each step, each camp, each bus ride, and mile they cross will become a piece of what will make their story.

Kelly Anne and the other members of Y Squad chose to respond. They put information into action and discovered real people on the other end. They are making an impact that will change them and those they serve. Will you let this humanitarian crisis be one more news story? Or will you do as racers around the world have done and respond?

Click here to learn how you can support Y Squad.