Your Dad Is Not Jesus

This post is by Joe Bunting, my son-in-law. Joe is a writer and a teacher, and his blog, The Write Practice, is becoming a great online community for writers. Check it out.  Sometimes, it feels like God is just as bad as the worst dad. Distant, impotent, uninterested.  …
By Seth Barnes
09 November 2011, 12:11 am
By Seth Barnes
09 November 2011, 12:11 am

This post is by Joe Bunting, my son-in-law. Joe is a writer and a teacher, and his blog, The Write Practice, is becoming a great online community for writers. Check it out.

Sometimes, it feels like God is just as bad as the worst dad. Distant, impotent, uninterested. 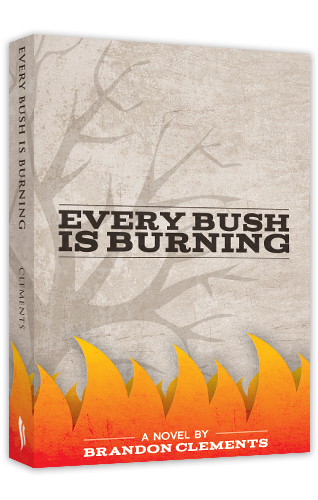 The theme of Fathers, both earthly and heavenly touches the very core of our beings. When Darth Vader tells Luke, “Luke, I am your father,” who of us doesn’t feel a chill run down our spines?
And in the movie Inception, the climax comes when a son talks to his father on his deathbed about their relationship:

Fischer (the Dad): I was dissa…dissapoi…

Robert (his Son): I know dad. I know you were disappointed I couldn’t be you.

Fischer (the Dad): No…no…no..no! I was disappointed that you tried.

The idea being implanted in the son’s mind is that instead of trying to change him, his dad actually loved him. It’s a stunning revelation for the son, just as it is for many of us as we realize that God, our Father and creator, loves us just as we are.
In Brandon Clement’s new novel, Every Bush is Burning, the main character, Jack, is abandoned by his father when he is a kid. Later, a relative molests Jack and his sister, and his father isn’t there to protect them. It nearly destroys Jack.
I wonder how many lives have been destroyed by fatherlessness. I wonder how many people with bright futures were wounded beyond recovery by their dads. Of course, the scary part is, even the best dads wound their kids. My dad is one of the best people I know. I can’t tell you how much I admire him, yet he’s unintentionally hurt me.
Being a father is hard work.
What makes it worse is that often our understanding of God is informed by our relationship with our fathers. As one character in Every Bush is Burning says, “You had a terrible earthly father, and fathers are supposed to be the examples of God for their kids. So you project your picture of your father onto God, and that gets all kinds of messy.”
The message is not, dads need to be better. Dads are always going to fail. Dads are not Jesus.
The good news is there’s an opportunity here for every dad who has ever fallen short. Every time you aren’t the perfect father you want to be, you can apologize and point to the one who is perfect, a Father who is not distant.
How about you, have you been wounded by your father? Consider the possibility that he’s more disappointed in his own shortcomings than in yours. Consider the possibility of forgiveness.

He’s not a voice in your head,
He’s not the father you fled.
He’s not the things that they said.
He’s raising up the dead.
– Caedmon’s Call, “Raising Up the Dead”