Angel in the cornfield 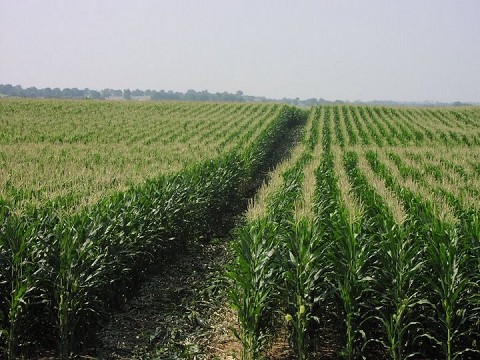 In the summer of 1997, in the backwoods holler of Berwind, WV, I met a guy named Danny. The first thing I noticed about him is that he looked to be about 400 pounds. The second thing was that he was an engaging conversationalist.

After I’d talked to him for a while, I asked Danny to share his story with us. He willingly began, describing one of the darkest moments in his life.
“I was a dirty cop, selling and doing drugs, pistol-whipping people, and getting into enormous debt.  1992 was a terrible year.  My father died, I lost his job, and then I had to declare personal bankruptcy. After that, I lost everything else.  I was at the bottom and had nowhere to go. It got so bad, I decided to end my life.”

“That Christmas my family visited our relatives in Ohio.  It was my birthday, Dec. 23rd. I drove a couple of miles out to a cornfield. I put a gun in my mouth and cocked it.  I was just about to pull the trigger when my son appeared from nowhere, walked up and looked me in the eyes.”

Danny was shocked and overcome.  He dropped his gun.  How did his son get all the way out to that remote cornfield?  He drove back home.  On entering the house, he was amazed to see that his son was already there!  What had he seen in the cornfield? An angel? A vision? He had no explanation.

“I realized that God loved me and cared about my problems. I repented for all I had done and turned my life over to Christ.  Since then, my life has radically changed.  Now, all I want to do is tell others about the faith that has transformed me.”
God sees us in our lonely and desperate place. He knows when we’re overcome by pain and looking for a way out. We need to trust him there and watch him supernaturally show up in our life.