Confronting the reality of evil

One of our past World Racers, Tauna Robley described an experience in a remote town in southern Mexico in January 2006: “Last night as I lay in bed listening to the gentle rain tap dance on the roof and enjoying the quietness of the normal noises animals outside, I heard something. A faint …
By Seth Barnes
13 August 2007, 12:08 am
By Seth Barnes
13 August 2007, 12:08 am

One of our past World Racers, Tauna Robley described an experience in a remote town in southern Mexico in January 2006:

“Last night as I lay in bed listening to the gentle rain tap dance on the roof and enjoying the quietness of the normal noises animals outside, I heard something. A faint wail of some sort. As I focused in on the noise trying to make out what it could be many things teased my mind, maybe an animal of some sort, or a woman giving birth, maybe even a man with asthma trying to get to the doctor. 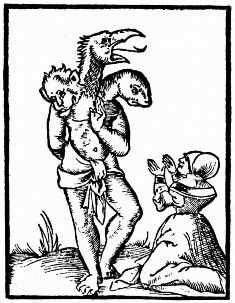 My heart pounded faster as one by one all my ideas were replaced with a terror of what it truly sounded like. It was definitely a woman, and it was getting louder like she was coming closer and closer to the house. It was a deep call, a cross between a yell and a hiss. It came in intervals with just enough time for a deep breath in between. The once quiet animals went crazy with fear, as she passed by them.

What was once far off became to close for comfort as the chickens roosters and dogs started panicking outside my window.

The guttural hissing was not far from my house at this point and my heart was felt in my throat as a deep blanket of something Pressed down on me. I recognized it as spiritual and started praying immediately!

With my pounding heart and mind swirling I called out to my teammates, “Cathy! Sarah! Kim! Wake up! Wake up!”

The next morning I was determined to find out what that was. Not only was that the strangest feeling I ever felt it was also the most bizarre thing that I have ever heard. I half expected someone to tell me it was some strange animal.

But, the pastor said, “Ohhh yes, that was a witch, a druid.”

The day before our team had prayer walked the streets and Francisco had told us stories of voodoo and curses being placed on people he knew. And that up in the mountains they sacrifice babies and steal the souls of animals and place them in people, he said they even transform into animals during some rituals. He said that is why this town needs Jesus. Wow, is this for real???

Well, I heard about this stuff in stories and from crazy missionaries, but it is REAL! Witches and druids are real! I am still in shock and processing all this as reality.