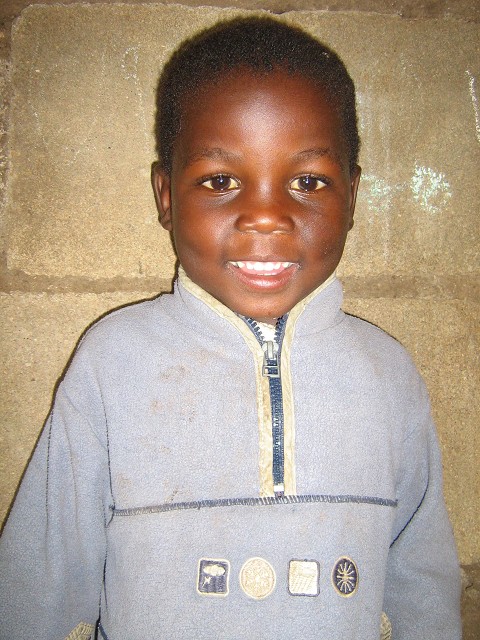 Then over in Swaziland, a horrible thing just happened – one of our leaders, Kriek Gerber wrote this:

Today has been a very hard day for me; for all of us. Maybe one of my darkest days since we have started working here in Swaziland. I feel like packing up and leaving this country. I feel like I am done! Done fighting a loosing, hopeless battle. I am heartbroken, I am speechless, I am so angry. I don’t even now how to share this with you. We live in an ugly world, and I no longer want to be part of this.

My favorite little boy, the cutest little thing I fell in love with in 2007, little Mamba, went missing today and was found dead in the bushes a few hours later. He was only 7 years old.
The cold facts: He was killed by his stepfather. Hung in a tree. Then the stepfather committed suicide.

I don’t understand any of this. It is so unfair! An innocent boy? Why?

Mamba, you crept into my heart that first day at the carepoint. You with your bright amazing smile. You were so cute and chubby (and almost always naked!). We shared many fun moments after that! Playing, sharing candy, laughing. Your face always lit up when you saw me stop at the carepoint. You were the highlight of my visits. You became a legend.

Bye-bye Mr. Mamba! I loved you with all my heart. I am a richer person for knowing you. You have brought me much joy and laughter. I will miss you so much! You were like my own! But I know I will see you again. I am sure you are now with our Heavenly Father, already playing and laughing. No more pain, no more hunger. You are now safe in His arms.

It’s shocking and heart-breaking. This sort of thing happens too often in Swaziland. Jumbo and Kriek and the staff there are standing in the gap for nearly 5000 orphans. They are a demonstration of God’s goodness to those orphans, children who have every reason to give up on hope.

I don’t know what to say to Kriek. For a lot of people, this is fresh evidence that the universe is a scary place and that God, if he exists, is not in control. They might say, “Curse God and die.” Almost anything you say at this point sounds hollow. I disagree with these people. I believe God exists and is good. But evil men hurting children test my faith. What are your thoughts?