Face the wave that would destroy you! 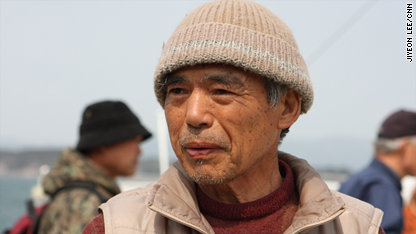 Are you facing a difficult situation in life? If so, how are you responding?
Alanna Foxwell lived in Japan for most of her life. Yesterday she told me about Susumu Sugawara, a 64 year-old man who faced a terrible choice in the aftermath of the tsunami. Sugawara operated a small ferry between mainland Honshu and Oshima, where a few hundred people lived. When the earthquake hit on Friday afternoon two months ago, he had to make a quick decision.
Based on the strength of the earthquake and the tsunami evacuation sirens going off, he knew there would be a tsunami. And knowing that it would probably put a number of boats out of commission, he decided to get into his boat and head full-throttle out to face the wave.
He knew it was the one hope the island had of keeping a line of communication and transportation available for the people who lived on the island. He knew he would be the only lifeline.
So immediately after the earthquake, he ran to his little boat and headed out to sea. Soon he could see it up ahead. It was a six story high monster wave, but he couldn’t turn back. Heart in his throat, he drove straight at the wave and made it over the top before it rose to its full height.

“My feeling at this moment is indescribable,” he later said. “I talked to my boat and said, ‘you’ve been with me 42 years. If we
live or die, then we’ll be together’, then I pushed on full throttle.”

“I climbed the wave like a
mountain. When I thought I had got to the top, the wave got even
bigger.”

And after the first wave came three more. Sugawara knew he had to make it over them or die. Again he aimed his boat into the waves.  90% of the fishing fleet along the whole coastline was wiped out and virtually all the boats in harbors like his village’s were destroyed. But his made it.

Because he rode out to meet the wave, he was able to continue to ferry people and supplies out to the islands throughout those critical first days.
Imagine riding straight out to face a thing of such massive destructive power. It meant a very real possibility of dying. But then waiting for the wave would have been worse. What challenge do you face that feels overwhelming? Perhaps the best thing you can do is to steer right into it.