Getting healed will change your theology

Growing up, I didn't believe God still healed people. I was like Alex Burdett – I hadn't seen it, so I didn't believe it. Although the Bible is filled with examples of people getting healed and although Jesus specifically instructed his disciples to go out and heal people as a way …
By Seth Barnes
24 July 2012, 12:07 am
By Seth Barnes
24 July 2012, 12:07 am 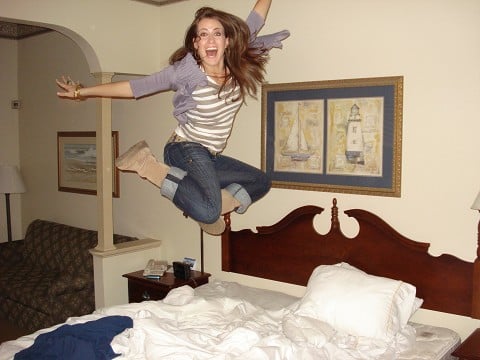 Although the Bible is filled with examples of people getting healed and although Jesus specifically instructed his disciples to go out and heal people as a way of introducing the kingdom, there is a whole segment of the modern church that believes he doesn't do it anymore.

But nowhere does the Bible say that God stopped using healing as a ministry. In fact, in 1 Cor. 12, he specifically describes the gifts: "to another gifts of healing by that one Spirit, to another miraculous powers."

Alex Burdett was like a lot of people – no personal experience, no belief. He describes his mindset like this:


"I was often reluctant to believe, choosing rather to tell myself that the one telling the stories was overzealous, or seeking attention, or sometimes even delusional.  When I told others, and myself, that God loved us, the words felt hollow… hopeful at best."

What made it worse for Alex is that he'd been disabled:

"This past March, I was separated from the US Army for permanent disabilities in my back related to Airborne Operations.  I spent 6 months in physical therapy and saw countless doctors with no improvement.  My range of motion was severely limited, as was my ability to pick things up or carry anything heavier than 15-20lbs."

But then Alex's theology got shaken. At World Race training camp last week, he saw Bekah Spurgeon (that's her in  the photo above) come hobbling forward in a cast to have her broken foot prayed for. She has a great dance ministry, but unless her fracture healed, her World Race was in jeapordy.

As Ron Walborn prayed, she could feel movement in her foot. A day later, she was completely healed. The crowd wept as she danced before them (see video below @ 7:15).

It was too much for Alex. He asked for prayer. And wonder of wonders, he too was healed!

As Alex said, "Not only did He transform my infirmities into miraculous stories of healing, but He rid me of doubt and disbelief.  He made known to me that He's not a distant God, but that He's here, where I am and where you are.  The Holy Spirit is not a foreign concept to grasp at, but rather, He lives inside of me.  For the first time, my heart abounded with love for God, my soul danced with the Lord, and my once unrelentingly skeptical mind finally shut up and gave in."

I love it that God is not impotent. He is mighty and active. The healing ministry is alive and well, no matter what some theologians say.

Have you ever seen God heal? If not, what do you really believe about his healing power?