Melinda Guerra was one of the Lord’s best gifts to me in the past year. A little over a year ago, I posted a tweet asking if anyone wanted to help me establish a ministry to the sex-trade in Cambodia. We were going to send four young ladies there and I needed someone to help me prepare them. …
By Seth Barnes
17 June 2011, 12:06 am
By Seth Barnes
17 June 2011, 12:06 am 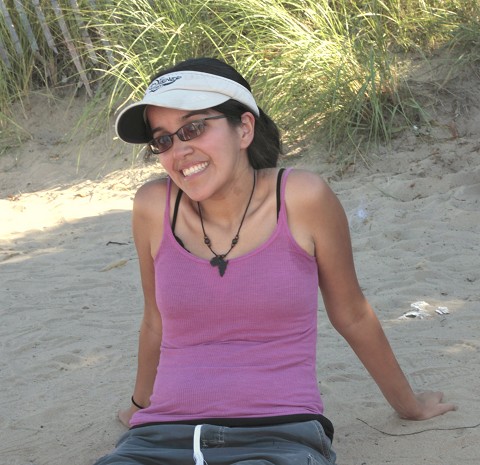 Melinda Guerra was one of the Lord’s best gifts to me in the past year. A little over a year ago, I posted a tweet asking if anyone wanted to help me establish a ministry to the sex-trade in Cambodia. We were going to send four young ladies there and I needed someone to help me prepare them. Melinda responded and has been a huge blessing. She regularly prays for, encourages, and advises the team.
I believe that there are others like her out there – maybe you’re one. I asked her, “What would you say to others like yourself who want to help in the same way you did?”
If you’ve wondered “What can I do to help stop the sex-trade without going overseas, Melinda write you this letter from her heart. Let me encourage you, please pray about it – you can make a huge difference:
This is your lightening call. Your near death experience.
Your
stars being aligned, your life being “more together,” your life-changing call to action.
This is it.
I
know there are a million reasons right now that you can’t sell all your
belongings, give the money to the poor and travel the world on foot,
healing lepers and stopping war. I get it.
But
is there some possibility that perhaps you’re missing something?  An
uncomfortable ease with which you live in this world, an apathy you
can’t overcome, a question of “what difference am I making” you can’t
answer, or an acknowledgement that you have space in your life to love
some people if only you could find them?

Then do something.  I’m going to give you one really, really practical thing you can do.

I’m
working with 10 twenty-somethings starting a ministry in Cambodia to prostitutes who are still
in the hustle of the bar scene.
I’ve got a full-time job in a Chicago office, but I’m able to volunteer
10 hours a week to fight human trafficking. I love that I’m able to make
a difference in a tangible way. I’m not moving to Cambodia any time
soon, but God has given me a way to be involved that I would never have
guessed was possible. I get to change lives.
I’m pretty confident we can find a way for you to join us. If you can encourage or love or read or write or research or share vision or pray or type or photograph or organize or ask questions or think outside of the box or think inside of a frame or offer your hospitality or…   or if you’ve got a story and you don’t know how you could possibly help, just raise your hand and send us an email and we’ll listen and see what we can work out together.

This is your lightening bolt – your call to action.
This
is how we bring hope to the world and where we invite you to be a part
of a journey none of us can fully imagine right now.  Before the reasons
not to help start flooding back in, hear this reason to help:  we need
it; we’re asking; and you are able.
Just email me here and I’ll help you get started.