How Bitcoin Will Empower Those Trapped in Poverty

At 60 years old, Adrian Torres had lost all his teeth. Life has been hard on Torres. A construction worker in El Salvador, he has had to live paycheck to paycheck. He’d never had a bank account and couldn’t read or write. Last year, Torres got a job in the village of El Zonte. What he soon…
By Seth Barnes
02 November 2021, 12:11 am
By Seth Barnes
02 November 2021, 12:11 am 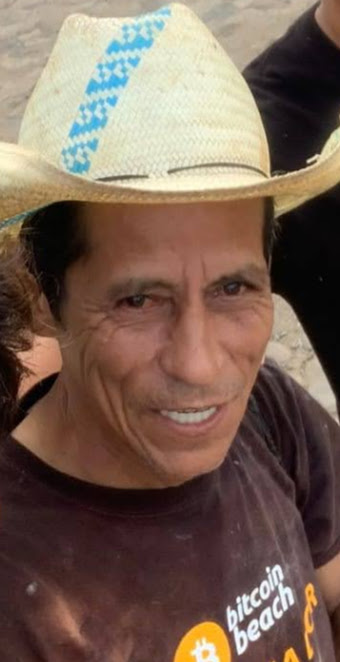 At 60 years old, Adrian Torres had lost all his teeth. Life has been hard on Torres. A construction worker in El Salvador, he has had to live paycheck to paycheck. He’d never had a bank account and couldn’t read or write.

Last year, Torres got a job in the village of El Zonte. What he soon learned was that El Zonte was the first community in the world to decide to use bitcoin as its main currency. When Torres received his first paycheck, he didn’t receive anything physical. He was paid in bitcoin.

To even access the funds, Torres had to borrow a neighbor’s phone. Once he had accessed it, he found he could use his bitcoin to buy food, rent a place to live, get a haircut and ride the bus. That is because some visionaries in El Zonte had worked hard to make the bitcoin economy in their community “circular.” They convinced businesses to accept the currency, so people like Torres could not only receive it but also spend it.

But by receiving his pay in bitcoin, for the first time, Torres was able to begin saving money. Within a few months, he had saved enough money to buy himself a phone. As a result, he began to get control of his life. He stopped drinking.

One of the things that had bothered Torres for years was that he had over time lost almost all his teeth. But after a few months of being paid in bitcoin, he had saved enough money to go to the dentist and get new ones.

Bitcoin began to change Torres’s mindset. He realized that he could save money for other dreams he’d had. Like the dream of owning a cow. After several more months, he’d saved enough money to buy a cow!

There is a reason that 1.7 billion people worldwide don’t have bank accounts. As Thank God for BitCoin clarifies, “Setting up a bank account requires a visit to the bank, multiple  forms of identification, and a source of funds. Maintaining a bank account can be even harder, with fees, account minimums, and overdraft penalties. Banks charge high fees for low-balance accounts because such accounts are not profitable.

As a result, many poor households opt to keep whatever savings they have in cash. And of course, cash is more liable to be stolen.

For poor households, saving money is often more trouble than it’s worth. Yet saving for the future is one of the only ways to get out of poverty. If we want to help the poor, we need to give them effective savings tools.

Bitcoin is a vehicle for long-term savings. Anyone with a phone or a computer can immediately set up a bitcoin wallet. No ID or bank is required, and the funds are secured digitally. Transactions that were difficult become much easier.”

God tells us that we need to care for the poor. He says that true religion is “caring for widows and orphans in their distress.”* As Adrian Torres learned, bitcoin is a powerful new tool in meeting that objective.

Steps to Move to a Bitcoin Micro-economy

How to Transform a Poor Community Using Bitcoin

In my blog last week, I shared the story of El Zonte, El Salvador, a town that decided two ye…