Life after an earthquake

When World Racer Kim Daniels found out about the people of Canchamana, she decided to go live with them for the better part of a week. Here’s her blog about that experience: There’s the ocean. Then there’s the vast shore that stretches for miles and fades into the colored haze of the dist…
By Seth Barnes
17 February 2008, 12:02 am
By Seth Barnes
17 February 2008, 12:02 am

When World Racer Kim Daniels found out about the people of Canchamana, she decided to go live with them for the better part of a week. Here’s her blog about that experience:

Then there’s the vast shore that stretches for miles and fades into the colored haze of the distance. 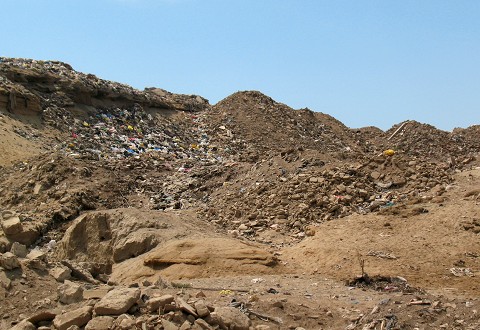 Then there’s the winding dirt road that leads up into the bluff.

Then there’s the stench that’s inescapable. And when you look to see
where it’s coming from, you see the hill of trash. Literally. Gracing
the top of the bluff with it’s presence, is a hill of debris, rotting
food, and disease filled waste. And less than a mile beyond that, is
the settlement of Canchamana.

The
wind of the coast carries the stench right over the bluff, down the
valley, and into their homes. And because of this, the children are
sick with the flu, and make their playground among the disease.

The
people of Canchamana are a people without an identity. Before the
earthquake, they lived in Tambo De Mora, but after the excessive water
damage caused from the tsunami, they can’t go back to rebuild.

So
they’ve taken their herds of cattle, goats, pigs, chickens, and even
watchdogs (about 40 strong) and moved to a piece of private property a
few miles up the road in a town called Sunampe. They aren’t receiving
any aid, because they did not hold residency in Sunampe before the
earthquake, and because they’ve moved from the jurisdiction of Tambo De
Mora. For this reason, there’s not 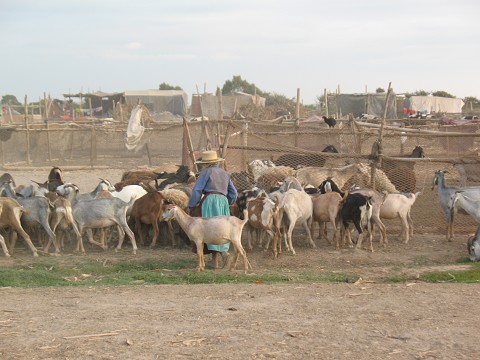 much that can be done for them by
that town either.

No one wants to claim them and take responsibility for them… they are left as a people unaided.

Every
day, a truck comes to buy their cow and goat milk at a fraction of what
its worth, just because they know the Canchamana are desperate. They
live in tarps/bamboo houses, and rent themselves out to work in the
fields for 12-15
soles a day ($4-$5).

And
remember that trash hill? Its an illegal dumping site. (And by the way,
there is another people group living on top of that hill amongst the
trash who wait for the daily drop so that they can sift through it and
come out with treasures of recyclables to make a living.)

The
people of Canchamana have very little. But from the moment we got
there, they offered us everything. When we asked permission to stay
amongst them for the next three days, they responded with nothing but
excitement and enthusiasm.

Within 20 minutes, they had set
up a shade-shelter out of bamboo thatch that would’ve taken any of us
Americanos about 5 hours to build, and they began figuring out when
they were going to feed us. They asked, and we told them we would love
to share dinner with them, but that we would take care of our other
meals.

But every morning, they brought us breakfast.
Every afternoon, they made us lunch.
And every evening, we ate dinner that they prepared for us. 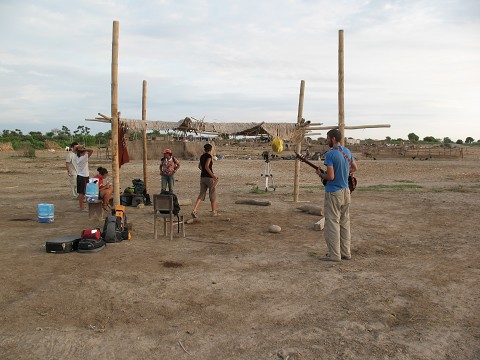 After
we arrived, we all asked the Lord what He would have us DO while we
were there. Honestly, we weren’t quite sure of our purpose in being
there for the first few hours. But when we prayed, the Lord let us all
know that He had us there to BE with them. Not to fix their problems.
Not to barge into the government buildings and demand change on behalf
of the Canchamana. Not to come up with $40,000 via The World Race blogs
to help them buy their land. No, our purpose was the BE with them.
Build relationships. Share some meals with them. Love them.

So
we did. We spent time with them and heard their pain. We lived among
them, experienced their lives. They said that some other missionaries
had come to see them, but had stayed no more than a few hours before
packing up and leaving. They were ecstatic that we were staying.

They
killed a goat for us to eat, gave us hot cow milk with cinnamon and
sugar, vegetable soup, and fried goat cheese biscuits… and so on
Thursday, we are going back to Canchamana to bring them a traditional
American meal: pizza and coke. We’ll sit around sharing stories, we’ll
pray for them, we’ll have a time to share Jesus with each other, teach
them some scripture, and do our best to just be with them. I’m so thankful for this past weekend and all that I learned.

Kim was raised in Southern California,
and lived there for 15 years. She moved to
Houston, Texas and spent six years there, three of them at
Houston Baptist University
studying music. She transferred to Hope International University
in Southern California to finish her BM degree
in Worship Arts while working on staff at Mission Viejo
Christian
Church. In January 2008, she embarked on an intense pilgrimage
around the world.