When I traveled to Cuba in 1995, I met Manuel Rodriguez, a pastor in his 50’s at the time. The fruit of a lifetime of ministry is impressive. Growing up in Castro’s Cuba was no walk in the park. He came to Christ as an illiterate teenager about the time Castro was taking over the country. Man…
By Seth Barnes
31 March 2007, 12:03 am
By Seth Barnes
31 March 2007, 12:03 am

When I traveled to Cuba in 1995, I met Manuel Rodriguez, a pastor in his 50’s at the time. The fruit of a lifetime of ministry is impressive. Growing up in Castro’s Cuba was no walk in the park. He came to Christ as an illiterate teenager about the time Castro was taking over the country.

Manuel wanted to read more than anything else. Because he believed in a powerful and caring God, he was able to seek Him for the impossible.

For 15 days after his conversion, he prayed, “Lord if you will give me the gift of reading, then I’ll serve you all my life.”

Each day that went by, he would wake up, go to his Bible and look down at the words, expecting to comprehend. But each day he was disappointed. Imagine his growing frustration when his prayer repeatedly went unanswered. Still Manuel persevered with his prayer.

On the 15th day, he opened his Bible and stared at the page. Miraculously, the words took on shape and meaning. He was reading!

As often happens in the wake of such a miracle, the fruit kept rippling outward. Manuel’s family was so astonished that they all became Jesus-followers. They could not explain what had happened.

Manuel began to meet with friends under a large tree outside his village to study the Bible. Within several months, they had grown in number to a couple of hundred people. At age 14, Manuel had his first church!

True to his promise, he has served the Lord all the days of his life. Many years later, Manuel has become a pastor who knows no fear. Typical of the persecution he faces and his response was the day the government decided to build a road by his church; they told Manuel they were going to tear down the church sanctuary. Manuel boldly confronted the chief official: “You will not tear down this church! No law allows you to do that.” 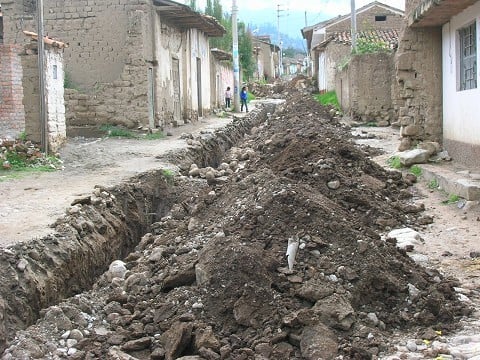 The official responded, “I am the law here.”

Manuel was undeterred. “Well, go ahead and try, but you’ll have to kill me and my family first.”

Not long afterward, the government official got a big group of workers together and approached the church. There was the Rodriguez family resolutely seated in front of it. After another argument, the work team elected to not tear it down, but to dig a large, narrow ditch in front of it. They began to dig.

Manuel would not hear of this either, “I’m going to the municipal government with my complaint!” he declared. “This ditch is illegal and is a danger to my family. If one of my children falls into it and is hurt while I’m gone, it will be on your head!”

When he returned, the ditch was filled up.