When Tia Roberts blogged about her secret this past weekend, she was taking a big risk. Nobody talks about that stuff in public. Few even go there in private. What if she was laughed at? What if she was shamed? And once written, what if her secret followed her around for the rest of her adult …
By Seth Barnes
10 December 2012, 12:12 am
By Seth Barnes
10 December 2012, 12:12 am

When Tia Roberts blogged about her secret this past weekend, she was taking a big risk. Nobody talks about that stuff in public. Few even go there in private. 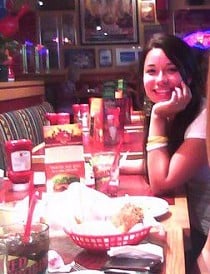 When World Racer Amie Gallegos wrote The unrated truth about Amie Gallegos, a number of our coaches were concerned for her. Heck, I was concerned too. I know Amie and her family through my daughter Estie. I feel protective for her.

Amie listed 49 of her secrets, including being molested and being raped and struggling with pornography. Her experiences were too raw, too unprocessed. So, while we coaches admired her honesty, we wondered what we might do to protect her somehow.

Radical honesty is embarassing. We keep the skeletons hidden in our closets for a reason. We're deeply ashamed of the time we were abused by the relative we trusted. We don't want to bring up the ongoing struggle with pornography. Some secrets are better locked away.

On the other hand, we have to be honest if we're going to experience freedom.

I've committed that radical honesty is going to be a value in the World Race. If given the choice between protecting someone who is maybe being more honest than they should be and letting them get their secrets off their chest, my sense is that God wants us to err on the side of radical honesty.

Why? Well, for one thing, keeping secrets hasn't worked too well for my generation. We boomers are pretty good at keeping things buried and our private lives are a mess. Our children see a lot of the mess and say, "I don't want to be like that. Yes, I don't really know how else to live, but I'm going to at least be honest about where I am now."

Fruit
The fruit from that kind of honesty can be remarkable. If you look at the comments to Tia's blog, you can see it is already setting people free. They are thrilled that someone else has taken the risk that they themselves have wanted to take.

You may say, "What about her mom – won't she be humiliated?"

The answer is "yes," she is going to feel a lot of the same things that Tia felt. But, as a matter of fact, Tia's mom was one of the first people to comment and you've got to love what she said:

"I am honored to be your Mom. You are courageous. More than me. I cringed a little when I read your title. But things have power in the darkness. The light steals the power. The Light is Jesus. Walk in freedom, my dear."

Yes, it is embarassing to share your secrets, but freedom is worth it. Carrying around those secrets can be overwhelming. They can drag you down and depress you. They give the enemy permission to keep whispering to you about what an awful person you are. At some point you say, "I just can't keep staggering around under the weight of these secrets. I'll pay any price to get free."

Amie shared what it cost her to post it on her blog:

"In high school I slept with two guys in the same night and have not allowed God to restore me from the embarrassment I feel about this…I totally don't want to post this but God is telling me it will set me free !"

The cost
Yes, paying the price to get free may seem impossible. The power of lies is remarkable. I had a friend who lived a lie. On the outside he was the pillar of his community. His reputation was impeccable. People came to him for advice. But he had been repeatedly molested by a relative as a boy, longed for the love of a father, struggled with rejection, turned to drugs and alcohol and sex, and lived behind a mask.

I regularly pled with my friend to share the truth. But he couldn't go there. To do so would mean to bring shame to his family. Eventually my friend got AIDS. Caught up in feelings of rejection, he wouldn't get treatment. I guess he figured he deserved it.

And then one day, I got a text that my friend had died. His family never did find out. I think they still think he died of cancer.

Jesus & honesty
Jesus was all about honesty. When sharing the truth about a person's shameful past was hard for them, he would help them. To the woman at the well he said, "The fact is, you have had five husbands, and the man you now have is not your husband. What you have just said is quite true."

Whatever is true has more power than whatever lie may contradict it. The adage "confession is good for the soul" nails it. Confession is agreeing with the truth. Jesus said "I am the truth." Agree with Jesus and he will set you free.

What secrets are you carrying around that keep you in places of shame? Is it worth it? Jesus wants to set you free. Why not join Amie and Tia in the freedom they enjoy? Let me encourage you to err on the side of radical honesty.