Have you ever been unfairly criticized? Once, because one of our mission teams went on a one-month media fast, the rumor circulated among some parents that AIM is a cult. Anybody who knows us understands that AIM is all about empowering young people to discover their calling. Our objective at AI…
By Seth Barnes
08 January 2010, 12:01 am
By Seth Barnes
08 January 2010, 12:01 am 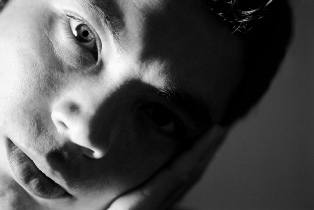 Have you ever been unfairly criticized?

Once, because one of our mission teams went on a one-month media fast, the rumor circulated among some parents that AIM is a cult. Anybody who knows us understands that AIM is all about empowering young people to discover their calling. Our objective at AIM is to thrust over-protected young people out into the world to formulate their own world view and collide with their destiny. It’s actually the opposite of what cults do as they seek conformity and control.

Thinking about the criticism, I wanted to blog about it. But a staff member had a more prudent perspective, “It’s not worth your time,” he said. He was right; it’s a lesson I’ve been learning for a while now. In life if you’re going to ever do anything significant, then you’re going to have critics. The right thing to do is to honor them.

When I was a younger man, after a really difficult and mistake-filled mission project that I led, one of the participants came to my office and gave me an ear-full of criticism. She had about three pages of things we’d done wrong and was intent on reading them to me. I found her approach patronizing and cut her off. In retrospect, I see that I should have listened. Was my ego such a fragile thing that I couldn’t take what she was dishing out? Was my time so precious that I had to interrupt?

There is a difference between a critic and an enemy. While an enemy may be out to destroy you, a critic often just wants to see things improved. It’s not personal for the critic. He actually may have pure motives, and he’s taking a risk that you’ll reject him or respond defensively when he shares his insight with you.

Feedback from those who are invested is always good. Your self-worth mustn’t be linked to another person’s opinion. The point is that God uses criticism to help us grow. An honest opinion is a gift.

Thin-skinned people make poor leaders because people feel like they have to walk on egg shells around them and can’t tell them the truth. I’ve seen many thin-skinned people hit the “Peter Principle” – they never go to the next level. They stop growing and people just never give them the information they need.

The only proper way for a leader to deal with someone who may have a critical perspective is to defuse their criticism by giving them the opportunity to voice it. Clint Bokelman is excellent at this – he actually loves to talk to youth leaders who have a criticism. He’s made many friends where there was the potential for a youth leader to go off and bad mouth us.

The only appropriate response to feedback is to say, “Thank you for your assessment.” And then pray about it. If the criticism is unwarranted, God will show you.

Many of you are leaders who have been beaten up along life’s path. My experience is, that’s what happens to leaders; they come under attack. If you aspire to change the status quo, you’re going to have a target painted on your back; it’s the price of leadership. If you grow in your influence as a leader, the target just gets bigger.

My prayer is that over time, you will become more confident in how God made you and allow criticism that is unjustified to roll off your back. Welcome your critics; always smile and thank them for being willing to take a risk to help you grow.

Blog readers: I think we can help each other with this issue by talking about it more and learning from one another. What’s been your experience?