God wants to answer our very specific prayers. Jerry Brooks story is a wonderful reminder of this.   Jerry is the epitome of a good old boy.  Quick with a smile or a joke, he’s the kind of guy who you just enjoy being around.  When we were just building our missions trainin…
By Seth Barnes
26 January 2011, 12:01 am
By Seth Barnes
26 January 2011, 12:01 am 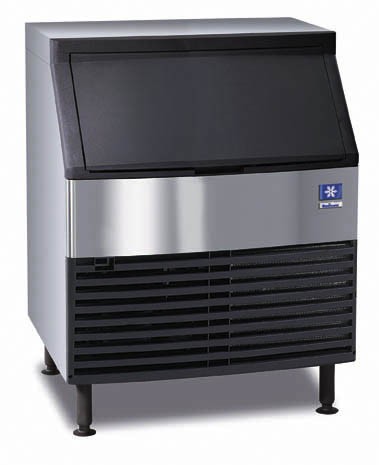 God wants to answer our very specific prayers. Jerry Brooks story is a wonderful reminder of this.
Jerry is the epitome of a good old boy.  Quick with a smile or a joke, he’s the kind of guy who you just enjoy being around.

When we were just building our missions training center called the Gateway on the Mexican border, I called up Jerry.  “I need your help.  Can you see about getting some stuff donated and then trucking it down to the border?”

Ever ready to help, Jerry said that he would. The donations came in, most notably a large cool room to refrigerate foods.  When he was ready to make the ten hour drive south, he lacked just one thing on his list – an ice machine.  So before he left, he prayed an audacious prayer, “God, you know that the Gateway needs an ice machine, and I couldn’t find one to be donated.  I pray that you would give me one before I get to the border.”
The drive was ordinary, long stretches of scrub brush and arid land occasionally interrupted by a small town along the interstate.  After a number of hours, he stopped to get gas.  He pulled off the road and exited into a small town.

Pumping the gas was routine enough.  But as he was finishing up, a man called from across the road.

“Hey, by any chance would you be interested in a used ice machine?  I’m with the volunteer fire department, and we can’t afford the electricity to run it anymore, so I need to give it away.”

After picking his jaw up off the ground, Jerry admitted that, yes, he might be able to find a use for the ice machine, and in fact had enough space on his truck to accommodate it.

So Jerry loaded up the machine into his pickup and arrived at the Gateway with the very thing that he had prayed for.

When I find myself in impossible situations along life’s road and only have time to toss out a desperate prayer for God’s provision, I think of Jerry and his ice machine.  God has an unlimited inventory of stuff He wants to load on our trucks if we’ll just trust Him.  Too often we miss out on the very thing we need to accomplish God’s purposes, if we’ll just stop being self-sufficient and organized enough to allow God to play a role in the plans we’ve developed to further His kingdom.