The kingdom of God in literature and the arts

Literature and the arts intersect with the Kingdom of God all the time. Fantasy is a genre of
literature that is perpetually touching on the Kingdom. Think about just a few
titles where the main characters stumble into an alternate
reality:

A Wrinkle in Time 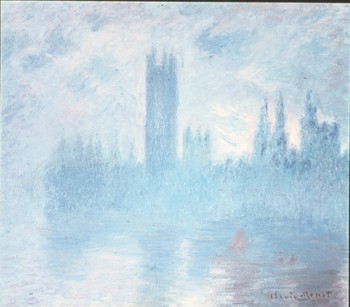 The Wizard of
Oz

In the realm of art, impressionists soften the harsh
light of reality and summon up echoes of the garden. Monet’s paintings, for
example, remind me of C.S. Lewis’

Perelandra, a book depicting the
Kingdom of
God as it might originally
have existed – a world where the fall of man never occurred. It’s a theme
Milton first
addressed in

Paradise Lost. It’s
a theme we as humans continually bump up against.

In the original zombie movie, “Night of the Living
Dead,” zombies couldn’t be killed. They walked around unthinkingly, mindless in
the material world. As humans, we intersect with and touch the eternal all the
time.

But too often, we dismiss such intersections as being coincidental – we
look for some rational explanation. We’re like zombies as long as we live in
this alternate reality and mistake it for the real
thing.

We can look at any number of artists and writers and see a lot in an
indirect way from the diffuse light they give off.