Those Jesus Doesn’t Save

We know Jesus as Savior, but what do we really understand about saving? For example, consider the Titanic. When the Titanic sank, the people in the water needed saving. Those in the lifeboats had the power to save them. You have got to be in danger to be saved, but what do we know about d…
By Seth Barnes
22 April 2014, 12:04 am
By Seth Barnes
22 April 2014, 12:04 am 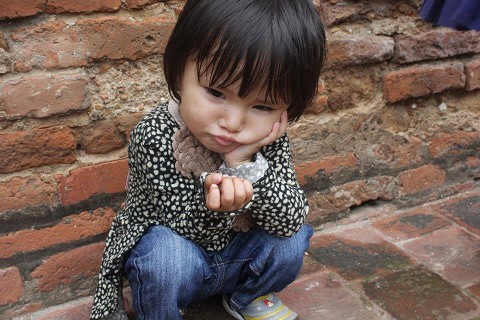 We know Jesus as Savior, but what do we really understand about saving? For example, consider the Titanic. When the Titanic sank, the people in the water needed saving. Those in the lifeboats had the power to save them.

You have got to be in danger to be saved, but what do we know about danger? What terror have we experienced that has caused us to cry out for help?

We struggle with this idea of saving on a number of levels. We are a nation of consumers, not savers. We naturally spend, but must be taught to save. Our stores advertise the “savings” that can be ours if we’ll just spend money.

How do we understand our need for a savior living in a culture that has little to teach us about the need for saving?

I heard a story from a World Racer named Tanner that helped bring home this concept. Tanner was in Cambodia. While there, Sam helped Tanner understand the need for a savior. Sam, an eight-year-old Cambodian girl, has to beg for a living.

She approached Tanner and asked him for money, but her eyes were begging to be saved from a life of pain. He talked to her for a bit and then fished out a few coins for her.

The money Tanner gave her only made her mad. “It’s not fair!” She cried out.

He tried to get away from her, but she pursued him. She grew more mad as he tried to away. “I hate you! She yelled.

Tanner didn’t know what to do. Sam’s desperation seemed to grow in intensity. She ran after him, then she jumped in front of him. “It’s not fair! I hate you!” She punched him and then dissolved before him and began to cry the tears of an inconsolable soul.

Tanner wanted to help, but he had nothing for Sam. And then a man showed up, grabbed her arm, and took her away.

The experience rocked Tanner. He had known Jesus as Savior, but this was the first time he’d seen someone who seemed beyond Jesus’s ability to save.

To really appreciate what it means to be saved, at least in the moment, you must experience what it feels like to live in desperation, to be beyond salvation.

It’s a paradox that we have to experience the absence of a thing to appreciate its value.

We say that Jesus came to save the whole world, but the fact is that many want to be saved, but like Sam, never make it.

When was the last time you felt despair so deep that you looked for saving?

Somewhere on the streets of Phnom Penh, a little girl cries out for hope. May her cries and those of others like her lodge in our hearts and motivate us to action.