A lot of us are carrying baggage that we need to share, but we don’t know how. I don’t know about you, but this was true for me for years. If someone had just helped me break through, it would have been a gift. If I’d understood how to talk about some of the painful stuff I’d been through and if …
By Seth Barnes
13 June 2011, 12:06 am
By Seth Barnes
13 June 2011, 12:06 am 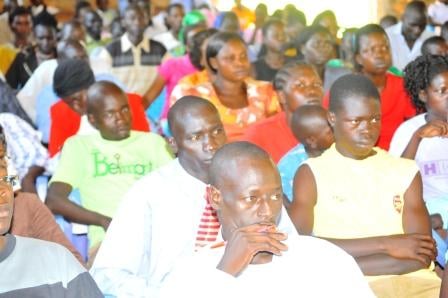 A lot of us are carrying baggage that we need to share, but we don’t know how. I don’t know about you, but this was true for me for years. If someone had just helped me break through, it would have been a gift. If I’d understood how to talk about some of the painful stuff I’d been through and if I’d had a safe place, then perhaps I could have learned to operate as a free man.
Uche izuora gave me a great illustration of this principle in the Sudan. He gave a group of people the chance to share with one another. Then one man shared and it changed the atmosphere in the room.

Taban is a mechanic but use to be
a soldier. While in the force during the Sudan civil war, he got into a fight
with another soldier, shot and killed the fellow. He was sent to jail for a
season but later the Judge sent him to the war front with the mandate to bring
back five rifles.

That meant he’s to kill five enemies, collect their
weapons, thereby complete his sentence and purchase his freedom. He succeeded
but became a more violent man.

One day, while driving some other soldiers to
another location, he decided to kill himself and all that were in the army
truck with him by driving it off the road into a gully.

When he turned off the road, he said he didn’t know
how the truck jumped over the ditches and everyone survived. He left the army
thereafter.

This man’s testimony was one of rage that often led
to murder. Here was a killer seeking Jesus and finding Him among other hurting people like himself.

Taban entered a church for the first time in
six years last Sunday. His confession encouraged others to freely tell their
story of pain with graphic details and ask for forgiveness. From witchcraft,
abortions, bitterness against God for various reasons… we heard it all.

Taban was a murderer who wanted to die. He was just the man for God to use to unlock the hearts of others who had their own secrets. It’s amazing how many people who feel like he did are walking around wishing to be free of tyranny of their secrets.
Whatever your issues are, you’ll feel better sharing them with someone. And your courage may well help set others free.