We’re all messed up and need prayer for healing

We arrived safely in Hong Kong for the World Race debrief. I slept enough on the plane to make a 7 a.m. appointment. Karen and I have a crazy week ahead of us – three team debriefs (two in HK where our daughter Talia is and one in the Philippines where our son Seth is).I used to be skeptical abou…
By Seth Barnes
12 November 2007, 12:11 am
By Seth Barnes
12 November 2007, 12:11 am

We arrived safely in Hong Kong for the World Race debrief. I slept enough on the plane to make a 7 a.m. appointment. Karen and I have a crazy week ahead of us – three team debriefs (two in HK where our daughter Talia is and one in the Philippines where our son Seth is).

I used to be skeptical about theophostic prayer. Then one evening I had an experience (that I’ll share in another blog) that defused my concern. My concern was that a method might supplant the role of the Holy Spirit. And certainly it can happen. At the same time, I’ve seen that so many people are the walking wounded and need prayer for for inner healing. 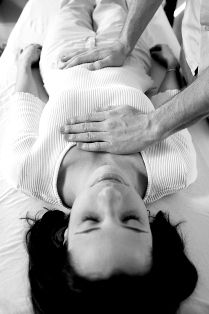 So I thought I’d try to shed some light on what theophostic prayer is. It is: “intentional and focused prayer with the desired outcome of an
authentic encounter with the presence of Christ, resulting in mind renewal and
subsequent transformed life.”

According to Wikipedia, it is part of the Inner Healing Movement. Those who practice it believe that certain counseling methods can be used for the calling up
of suppressed or hurtful memories in order to deal with them.

It emphasizes prayer that is Christ-centered for its direction and outcome. It encourages a person to discover and expose lies he has believed.

The counselor then helps him to have an encounter
with Jesus through prayer, allowing the Lord to reveal His truth to
the wounded person’s heart and mind.

As I’ve interacted with a broad cross-section of people, I’ve seen that most people have been deeply wounded as a child or as an adolescent. Because life doesn’t stop, they bury the wound somewhere dark and deep within themselves and keep moving on.

As a result, a part of themselves remains stuck. To become whole, they need to go back and ask Jesus to meet them in that broken place.