I love Alpha, the ministry that introduces people to Jesus without all the trappings of organized religion. They do this with an 10-week Bible study. Alpha asked me to help lead a youth retreat retreat in Isernia, Italy. So a few weeks ago I had the chance to work alongside a group of Cath…
By Seth Barnes
26 August 2022, 12:08 am
By Seth Barnes
26 August 2022, 12:08 am 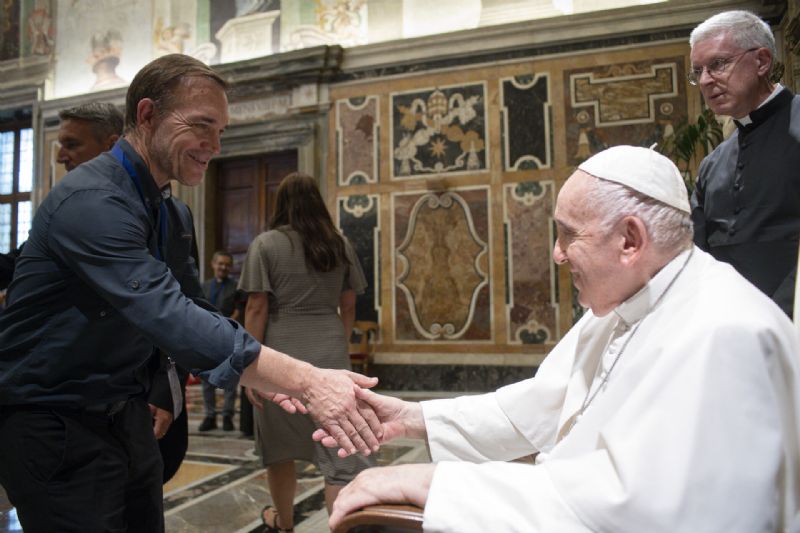 I love Alpha, the ministry that introduces people to Jesus without all the trappings of organized religion. They do this with an 10-week Bible study.

Alpha asked me to help lead a youth retreat retreat in Isernia, Italy. So a few weeks ago I had the chance to work alongside a group of Catholic believers. Isernia is a small town in the mountains a few hours south of Rome.

What I experienced was wonderful. I’ve shared in an earlier blog how Alessandro Sono, the leader of Alpha in Italy, is from the same tiny town in northern Italy where I lived as a boy for three years. He welcomed us to Isernia and the retreat along with some 300 young people from all over Europe.

Italy is a culturally Catholic country. And if you were to characterize America, you might say that we are “Christian,” but the reality is that faith is waning here – our heritage is culturally Christian, but we are losing our way.

So, in terms of our actual practice of faith, we have a lot in common with many western European nations like Italy. And that is why I so enjoyed seeing the way many of the Catholics I met through Alpha practice their faith.

The pope is a good example. Though Pope Francis is 85 and reportedly thinking about stepping down, when he heard that so many young people were coming together for the Alpha retreat, he invited us to a private audience at the Vatican.

And what an impressive visit that was – all the artwork and marble, the Swiss guards and protocol officers. But even more impressive was to see Pope Francis’s humility and focus on Christ. Although it seemed to be painful for him just to walk, he shared with us the hope that he has in Jesus:

“Christ is alive and he wants you to be alive! He is in you, he is with you and he never abandons you. However far you may wander, he is always there, the Risen One. He calls you and he waits for you to return to him and start over again. When you feel you are growing old out of sorrow, resentment or fear, doubt or failure, he will always be there to restore your strength and your hope.”

After speaking to us, he took the time to shake everyone’s hand, smiling at them as he did so.

Just as Pope Francis is not confused about why we follow Jesus, so we worked with many other Catholic leaders who are Spirit-filled believers sold out to Christ and focused on planting his kingdom.

Don Rito is a great example. He notes that Charismatic Catholics have more in common with Charismatic Evangelicals than they do with many nominal Catholics. When he leads worship at his church in Sorrento, he may wear vestments, but he wears tennis shoes underneath. And he has a heart for the people outside the church walls. His dream is to open up a coffee shop next door where the church can minister to the community.

He believes in a God who touches people and heals. When he heard Chris Carlson’s testimony of God’s radical healing, he invited her to share it with the church. 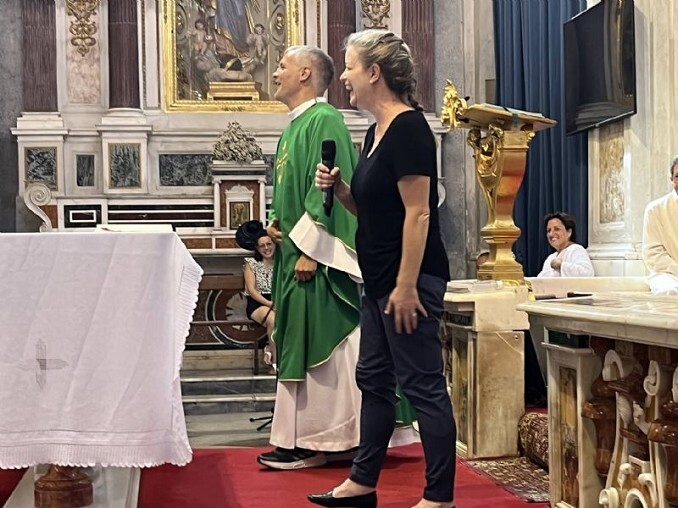 We talk about diversity in America, but Sunday morning is the least diverse time of the week. Not only do we all look similar, we also have thousands of different denominations and churches that struggle to find common cause with the body of Christ in their community.

In contrast, the Catholic church is a very big tent. It makes room for views that are widely divergent.

Yes, we read about scandals in the Catholic church. But evangelical churches seem to have new scandals every day as well. There is ample evidence of the gap between what we say we believe and what we do in every church.

In his last time with his disciples, Jesus prayed for them to be in unity in John 17, “May they all be one.”

Jesus said that it is our unity that will bring nonbelievers to belief. The body of Christ is so much bigger than we realize. In a time in history where Cancel Culture has divided so many, what a radical act it is to embrace as opposed to divide.

Do you have identity issues? If so, welcome to the party. Blockchain technology …
04 March 2016

Church is a Righteous Party

I saw true celebration at a Greek restaurant. The band played, the grandmothers and grandchildr…