Wednesday night, Isaiah and Meghan Carter had been driving a long time across country to get home. The two lanes of Clark’s Bridge Road were dark, but familiar. Ten more minutes of driving and they could throw themselves into bed. Suddenly, cresting a hill, Isaiah saw the headlights of a c…
By Seth Barnes
16 October 2020, 12:10 am
By Seth Barnes
16 October 2020, 12:10 am 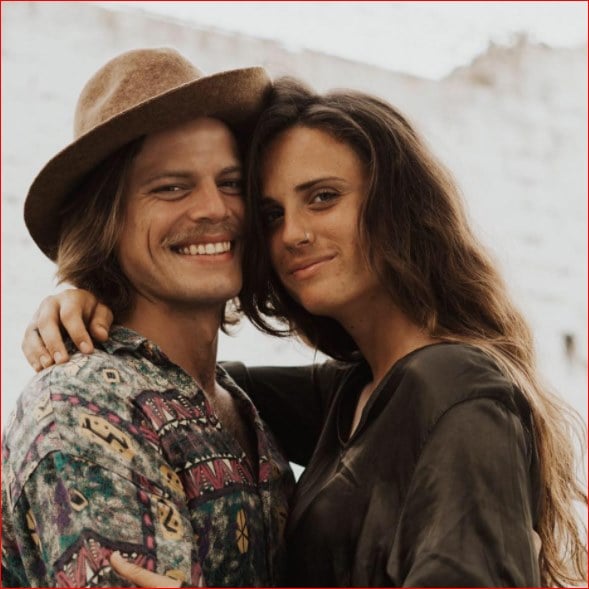 Wednesday night, Isaiah and Meghan Carter had been driving a long time across country to get home. The two lanes of Clark’s Bridge Road were dark, but familiar. Ten more minutes of driving and they could throw themselves into bed.

Suddenly, cresting a hill, Isaiah saw the headlights of a car coming right at them. A driver had pulled out to pass a line of cars in their lane. Isaiah and Meghan barely had time to brace themselves.

Meanwhile, Colby Gardner was having a normal quiet evening at his home on Clark’s Bridge Road. Like Isaiah and Meghan, Colby had gone on the World Race and had moved to Gainesville after returning home. He was winding down his day.

“I heard a terrific crash out on the road,” he said. “Two cars had collided head on. Both were a tangle of metal. And my first thought was, ‘Everyone is dead.’ It was horrible. I ran over to one car and looked inside. Blood was everywhere.”

Colby called 911 and then went to the two occupants, now sitting on the grass. They were clearly in shock. He tried to comfort the couple, neither of whom he recognized. He laid hands on their shoulders and began to pray for them.

It was then that Colby recognized Isaiah through the blood. “Isaiah?”

Later as he was in the ambulance, Isaiah was talking to the EMT. Again, there was a flash of recognition. It was another racer who he had spent a month with in South Africa – Andrew Lilly. And as they sped to the hospital, Isaiah sensed God in the pain.

Two days later, after brain surgery, it looks like Meghan will live. Though she has been sedated, the bleeding on the brain has stopped. The swelling has gone down. They will operate on her broken femur tomorrow.

So many things about the accident seem senseless. But God’s love has shown up for them in startling, deep ways. They’ve experienced the love of God as their friends and family raised $55,000 on GoFundMe. Isaiah’s parents drove through the night and were there to hug him in the morning.

If you know Isaiah and Meghan, you won’t be surprised at this outpouring of love. They exude the love of Christ. Everyone loves them.

But you can’t help asking, “How could God allow this terrible thing to happen to them?” And I agree with you. All my life I see bad things like this happening to good people. I can’t help wanting to ask God this question.

What I’ve seen is that the things that happen may not make sense to me, but God is in the business of taking all that is inexplicable and sad – everything that makes us doubt that he is in control and cares – and he redeems it. This is the bridge from senseless events to an intentional God.

We can’t tell you yet why this would happen to a couple as sweet and loving as Isaiah and Meghan. But over and over again, I have seen Jesus showing up in tragedy. You ask, “Where is he in that place of horror and pain?”

And I have seen that inevitably, he is there in unexpected, redemptive ways. He is there as his children bring his presence to the pain. To those like Isaiah, in a world that is suddenly shattered, he looks like Andrew Lilly in the ambulance. He looks like Colby Gardner, praying for comfort at a time when comfort is needed most.

If you are a parent or may one day raise children, what is your philosophy of pain? How much shou…
20 July 2020

A Blessing While Waiting for the Vaccine

It’s a hard time for all of us. Life as we lived it doesn’t work. But we haven’t figured out the …