A generation that has been lied to

The sad thing is that my generation doesn’t seem to realize that it has been doing the lying. Young people inevitably mistrust their elders to a certain extent and we just chalk it up to that. But we have no clue how deep the cynicism actually goes. Having spent much of my life helping young peop…
By Seth Barnes
12 July 2007, 12:07 am
By Seth Barnes
12 July 2007, 12:07 am

The sad thing is that my generation doesn’t seem to realize that it has been doing the lying. Young people inevitably mistrust their elders to a certain extent and we just chalk it up to that. But we have no clue how deep the cynicism actually goes. Having spent much of my life helping young people reach for their dreams, I’ve come to recognize the way that they flinch when you ask them to trust you. 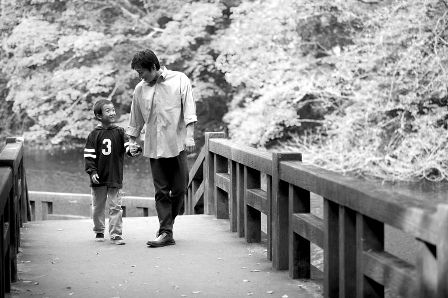 One of the biggest lies we’ve asked young people to believe is that our way of life will actually produce happiness.

“Working harder and spending more,” we’ve told them, “will make you more satisfied.” You can see this in the statistics of time parents spend with children (time spent has greatly declined over the last generation).

Of course, our children know that the opposite is true. As they’ve received an ever-shrinking percentage of their parents’ time, they’ve been left to fend for themselves.

We’ve traded time for stuff, relationship for task, and young people know in their gut that it’s a fool’s bargain. They’ve been ripped off of the one thing that means more to them than anything, a sense of their deep value to their parents as reflected in their priorities.

And for what? More square footage in our homes? It’s selfish craziness.

And then there are the other assorted lies that make young people distrust institutions. Authority figures routinely get caught in a credibility gap. Pastors promise the abundant life and get run out of town by control-happy elder boards. Youth leaders promise relationship and take a better job at another church. Politicians promise the moon and deliver higher taxes. Advertisements promise a better life that they can’t deliver and the consumerism they push puts us in bondage to credit cards.

Who will teach this generation of young people to trust if not their parents? It starts with us. We need to take a fresh look at our integrity and begin making the kind of promises young people long for us to keep.