I’m here in Swaziland for almost a month. There is an insidious policy being pushed by ignorant people that has me hopping mad because it is killing so many people that I care about here. It may seem like a delicate topic to you on a “Christian blog,” but if we’re to care about …
By Seth Barnes
04 June 2007, 12:06 am
By Seth Barnes
04 June 2007, 12:06 am 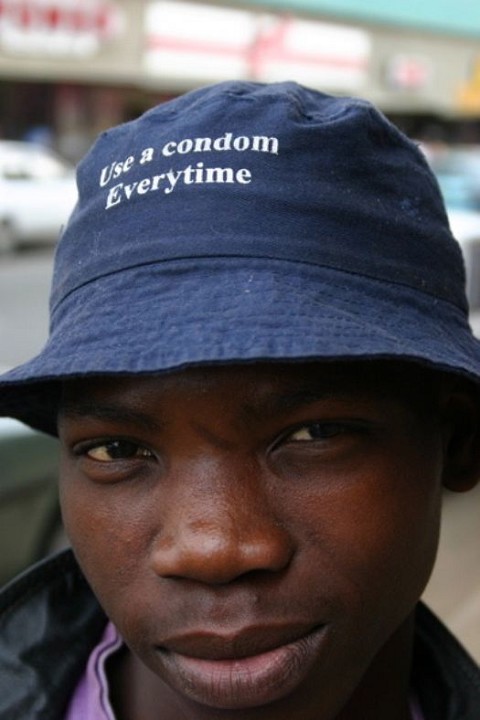 I’m here in Swaziland for almost a month. There is an insidious policy being pushed by ignorant people that has me hopping mad because it is killing so many people that I care about here. It may seem like a delicate topic to you on a “Christian blog,” but if we’re to care about the poor, then we need to care about the things that kill them and make them miserable. So here goes:

Over here in Africa in
countries where the AIDS virus is killing nearly half of the population, a bad
strategy is a death sentence to millions. Swaziland and Botswana have the unfortunate
distinction of being #1 and #2 in infection rates in the world.
Swaziland is racing toward
extinction at 44% of the adult population infected and Botswana is not far
behind.

Once the AIDS virus gets rolling like this, only two
strategies have any success in reversing the trend, and one of them fails more
often than it works. I’m referring to the condom, the anti- AIDS method of
choice in Botswana. What makes this strategy so
bad is that it has a failure rate of between 12% and 21%. That is to say, men
using condoms get women pregnant an average of about 15% of the time. These are
about the same odds you have when you play Russian
roulette!  Condom advocates will say that they only fail in a small percentage of the times they’re used, but the problem is that people forget or get in a hurry.  So, any way you slice it, your failure rate is much higher.

But it’s much worse than that. When you consider that
women are fertile just 10% of a given month and are still getting pregnant 15%
of the time, you realize that the condom is virtually useless as a long-term strategy in preventing the
transmission of the HIV virus. In fact, over the long-term, the vast majority of those who use them
to protect against HIV will wind up contracting the disease!*

And what makes the condom as a preventative strategy
still more flawed is that people using them forget to bring them – you are never
going to train impetuous adolescents to do a good job of remembering and
preparing.

Is it any wonder that in Swaziland and Botswana – where governmental
authorities and NGOs have so completely committed to this strategy that they
distribute them at their immigration counters when you come into the country and
hand them out at schools – should lead the world in infection rates? The
correlation is one to one.

Why a product like this that has such a high failure
rate (resulting in the slow agonizing death of millions) hasn’t been targeted
for lawsuits by its victims is beyond me, but it will probably happen.

People like Bono tout Anti-retroviral drugs, but such
drugs just prolong life for those
who have it (which is wonderful for them) and may actually exacerbate the pandemic
by keeping more carriers of the virus alive, people who then continue to spread
the disease. Bottom line: ARV drugs are a palliative, but not a cure.

So really we are left with just one strategy that has
been proved effective in the fight against AIDS, and that is

The one instance where an entire nation summoned the
will to engage in implementing a strategy built on teaching self-discipline was
in Uganda and it was fabulously
successful. It was a plan led by Jesus – followers. It dropped the infection
rate from about – (I didn’t fact check this, so someone please help me) 21% to 5%.**

AIDS will continue to spread around the world until
people stop trying to take short cuts around the only strategy ever successful
against it: learning self-discipline.

*Yes, if you are going to have sex, it affords some protection; using one is better than not, but that is a terrible place from which to begin. If you apply the 15% condom failure rate over the other
90% of a woman’s cycle, the incidence of failure becomes very high. When countries commit to the strategy of “condomization,” they are
pushing their populations over a cliff. In Botswana, where they aggressively
teach young people to use them, it has greatly accelerated the incidence of
infection.

**The fact that Uganda’s strategy also incorporated
the use of condoms was not nearly so important as the emphasis given on teaching
self-discipline.