I believe Christopher Hitchens, the reknowned atheist, and Kim Jong-Il, the North Korean despot, are somewhere in the afterlife at this moment. Both of them lived in defiance of this reality and died a few days ago.   Hitchens would have disagreed with me. “When I die, that’s the end of …
By Seth Barnes
20 December 2011, 12:12 am
By Seth Barnes
20 December 2011, 12:12 am 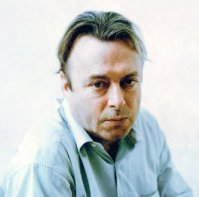 I believe Christopher Hitchens, the reknowned atheist, and Kim Jong-Il, the North Korean despot, are somewhere in the afterlife at this moment. Both of them lived in defiance of this reality and died a few days ago.
Hitchens would have disagreed with me. “When I die, that’s the end of me. There is only a physical reality,” he would have said.
But those are mere words, opinions that don’t mean much when confronted with reality.
Christians take the afterlife as an article of faith. But people of all stripes and persuasions die and when they return to life, say they have experienced life after death. This website records the evidence. It estimates that 5% of the population has had a near-death experience.
We are not going to argue people into believing this any more than those of us who believe in God are going to be dissuaded from that belief by those who are atheists.
The real opportunity we Christians have is not to use our words, but to demonstrate an alignment between our words and our actions. We say we follow a Lord who made grace possible. And if he is our Lord, we testify to that fact through the grace with which we live.
Yet our gracelessness may be the strongest argument atheists make against God.
The difference between the gospel of Jesus and the gospel that Muslims, Hindus or Buddhists preach is that our gospel rises or falls on this counter-intuitive concept of grace. Grace makes no sense. It defies reason insofar as it proposes a disequilibrium, a lack of connection between action and consequence.
As I listen to the Christian press comment on the deaths of atheists like Hitchens and Jong-Il, I hear a lot of gracelessness. We would do better to play our strongest card – the grace card. It is our practice of grace that gives the lie to the atheist dogma.
It’s a truth we’ll all recognize just a second after we’ve passed on to the afterlife.
If someone were to put a thermometer into your life to measure the warmth of your grace, what would it show? Would what you say you believe be consonant with the grace people receive from you?