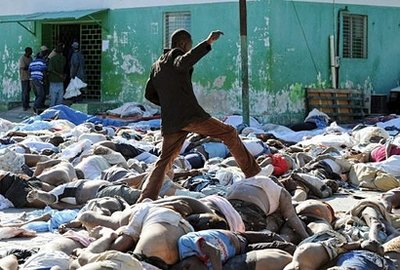 Miguel passed by a school that was full of students at the time of the earthquake that completely collapsed, killing most of the students. He said the stench was unbearable.
They had turned the large cement slab in front of the school into a triage center for the living right next to that place of death because there was no more space to put them.
A pickup truck with four crushed but living people showed up. There was no room for them there. The man driving it said, “Where else can I take them?”

There was a woman crying beside the body of her sister who couldn’t get treatment and had just died.

A mass of people is fleeing Port-au-Prince. It was hard to move. People are being tended for medical needs all along the way from the capital to the D.R. border.  The capital is becoming like a war zone.

Last night, for example, according to unconfirmed reports, there were five D.R. police officers there to keep the peace who 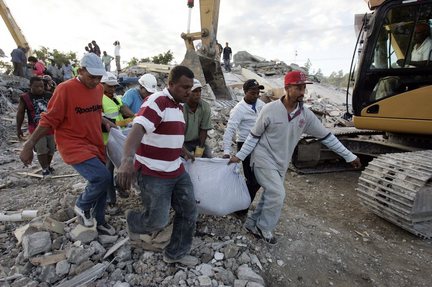 were murdered. The tension between the two nations is going to be exacerbated. It is possible that missionaries going in could be killed. We as a ministry will not be sending groups in until we have better assessed the security situation.

Miguel describes the situation as “on a knife’s edge.” But he adds that this can push the country to a place of dependence on God. The pastors are saying that people are turning to God in an unprecedented way.

If you’d like to get our regular updates from the field, please put your name down in the comment section below.