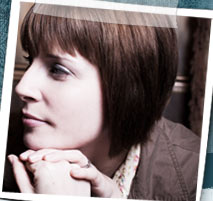 I turn thirty next Friday, and the last decade has
been filled with a million lifetimes. I sobered up. Moved around and
now live in Nashville. I got married. Lost and found my faith a few
times. Became a self-employed author with state-provided health care
and no stock options. I traveled to Uganda. Then the Dominican. Then India.

These two contrasting worlds need to collide. Because oftentimes, we confuse what having nothing and having everything look like.

Ten years later, here I am. And I’m taking a trip for my thirtieth birthday.

But instead of some idyllic European destination, I’m headed to Haiti.

Following the recent earthquake, I felt numb.  It had been a long
time since I had been angry at God, and do I dare even say doubt his
sovereignty, but that’s where my heart teetered for the first week.

A few weeks ago, I was invited to help out in Haiti with an organization called Adventures in Missions.
They’ve been on the island of Hispaniola for years and have been
working through local churches there long before the earthquake.

Without a doubt, I knew I needed to go. Every obstacle in my way
divinely disappeared, and I have to believe God’s been preparing me for
this for a long time.

I said yes. And so I’ll be in Haiti until February 17th – just two days before my thirtieth birthday.

I realize it’s an honor to be able to serve in such a unique way,
but there are bits and pieces of me that want nothing more than to stay
home.

If I think about it too long, or watch too much CNN, it just paralyzes me.

However, I’ve vowed that when fear, or comfort, or some
other little obstacle contrary to the Kingdom pops in my head the
correct response is to do the exact opposite.

Fear says, “Haiti is dangerous. You have to take those malaria pills that make your stomach hurt and what if there’s another earthquake while you’re there? What if you get shot at? “ and Comfort says, “You
won’t have your choice of firm or soft pillows and it’s gonna smell
like the rotting stench of death. You will see dead bodies. And you’ve
never seen a real dead body before.”

The people of Haiti didn’t plan to have their lives destroyed a few weeks ago.

This is a whole new part of their story.

As I spoke to my friend a couple of days ago when we were working on
some of the details of the trip, we realized Haiti is never going to be
restored.

Haiti is going to be reborn.

And we all get to be a part of that story – whether it’s by donating money or supplies or by getting on a plane at some point to help out using whatever skills you have.

I have to believe that this is a story of a sovereign God
who has a plan and purpose beyond anything we can imagine. And I’m
grateful his breath is woven through each and every letter of each and
every word of this new story as it is being written.