I’ve been fasting for a while. Tonight, on the eve of my trip to Africa with Tom Davis (and a small group of people who have heard about the horror of the AIDS death tide rolling into Swaziland), I’ll break the fast with a scrumptious dinner made by my incredible wife. It is an odd juxtaposit…
By Seth Barnes
28 February 2007, 12:02 am
By Seth Barnes
28 February 2007, 12:02 am 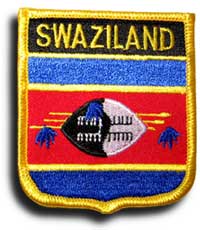 I’ve been fasting for a while. Tonight, on the eve of my trip to Africa with Tom Davis (and a small group of people who have heard about the horror of the AIDS death tide rolling into Swaziland), I’ll break the fast with a scrumptious dinner made by my incredible wife.

It is an odd juxtaposition – the discomfort of the fast followed by the joy of eating again followed by a trip to the country where HIV has infected half the adult population and pain knows no bounds.

At 10 pm, candles lit, kids in bed, romantic music playing, I’ll quell the grumbling in my stomach with one of my favorite meals. Last summer while in New York City with the Messners and Walborns, we were treated to that quintessentially family style Italian restaurant, Carmine’s. They serve huge portions on large platters all set in a 1920’s old school ambience. I always dream about the scallops on a bed of spinach and palenta. So tonight, that is what Karen is making.

Yes, I get to break my fast. But in many villages in Swaziland, they
never get to break their fast. I’ll meet people like Robyn and Gerry Richter in Swaziland. Robyn says, “I’m just a common housewife who wanted to do something to make a difference.” She and her husband have saved over 100 babies to date. 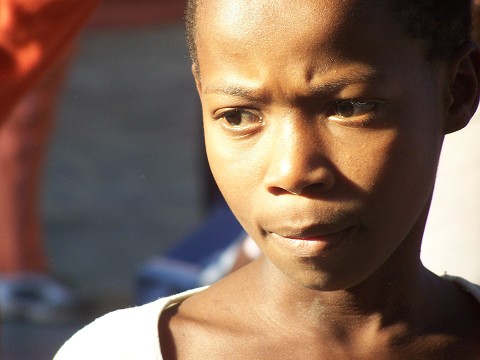 Recently, they knew a Swazi mother was pregnant and that she didn’t want the baby. They had been keeping an eye on her and a friend saw her go into a house pregnant, and she never came out.

They ran inside, no baby. They ran outside to find a fresh pile of dirt. They dug down and found the baby alive with the cord still attached! This is how she describes starting the ministry:

“In August 1992, an abandoned, four month old boy found his way into our home. He was extremely malnourished, neglected and deprived.

As I nursed him back to life, he found a very special place in our hearts and lives. When he was well and gaining weight and the threat of death had been removed from his life, we tried desperately to find a good family to take him in, as at this point we had three of our own children and a foster son, to care for.”

Needless to say, they took in this child as their own.  Fifteen years later, they are continuing to save the dying, rescuing kids who others would be burying, putting food in the mouths of the hungry. They are heroes to children who are on a forced fast just because of where they live.

In America, through an act of discipline we can periodically experience something of their perpetual pain. As the hours wind down to the end of my fast, I can feel Swaziland’s brokenness coming near. It’s hard to care for someone unless you’ve felt their pain.