Social justice is not enough

The world is a mess and God wants us to do something about it: The sex trade in Thailand and Cambodia lays waste to 2 million young people and children. Justice must be done. The AIDS epidemic is ravaging countries like Swaziland and Botswana. 90% of adults have the virus where we …
By Seth Barnes
26 August 2010, 12:08 am
By Seth Barnes
26 August 2010, 12:08 am 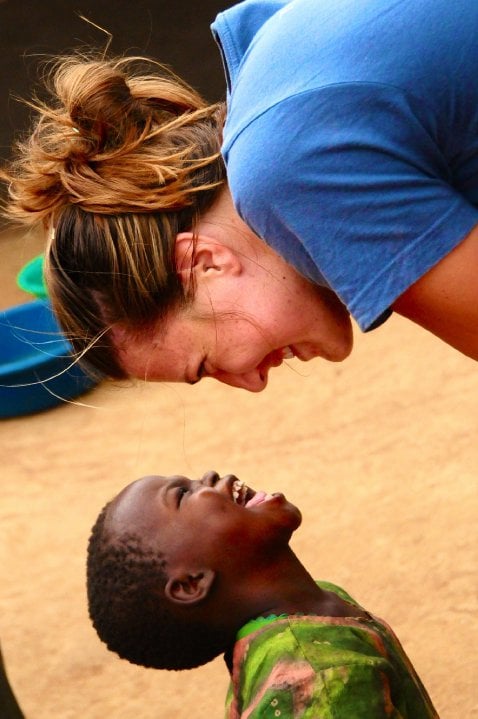 The world is a mess and God wants us to do something about it:
It’s horrific and must be stopped. God’s response in Amos 5 is “I want justice-oceans of it.” If we who follow Jesus don’t do something, who will?
Thankfully, a generation is rising up that cares deeply about social justice issues. Organizations like International Justice Mission and Invisible Children have met human trafficking head-on. AIM cares for widows and orphans around the world.
Our hearts want to respond to God’s call to defend the cause of the oppressed. But, justice is not enough. Justice, by itself may not touch a person’s heart. Victims’ families who see their child’s murderer hang may still go through life nursing their bitterness. They need grace.
Jesus brought hope in various forms, but he didn’t satisfy his disciples’ pleas for justice. His focus, his gospel, was a gospel of grace, not justice.
When I was in Swaziland in 2004, our team was intent on bringing justice, God told me in no uncertain terms, “Woe to you if you don’t preach the gospel.” We had a choice and decided to obey him rather than men. We realized afresh that we serve a God who wants to heal hearts as a top priority. He came to set us free.
Brad Greenberg, in a WSJ article, How Missionaries Lost Their Chariots of Fire says this:

Spreading Christianity through deeds alone aligns with a quote
attributed to St. Francis of Assisi: “Preach the Gospel always, and if
necessary, use words.” But research suggests that non-Christians often
miss the message without the words.

A 2006 study by Calvin
College’s Kurt Ver Beek found “little or no difference” in the spiritual
response between two groups of Hondurans-one which had its homes
rebuilt by missionaries who did not proselytize and the other by local
NGOs. Intuition would suggest as much. Unless foreigners explain that
they are motivated to help by their religious beliefs, locals may be
grateful for the new home but they should not be expected to connect
dots that they may not even know exist.

The reality is the Church
should be doing both: serving the needy and spreading the gospel. This
is what makes the humanitarian work of Christians different than that of
the American Red Cross. Both are motivated by the desire to help
others, but Christians are spurred by that Jesus thing.

When Karen and I graduated from Wheaton College in 1980, we went to Indonesia to address social justice issues. Wheaton gave me many good gifts, but it never trained me in how to minister grace. I learned that in 1991 as I came to grips with my own brokenness.
In the 30 years since we went to the field, young people have increasingly shifted their focus away from evangelism toward social justice. It’s a trend you see in good institutions like the YMCA or the Salvation Army as well. We start out with evangelistic fervor – a words+deeds formula, but gradually begin to shift to a deeds-only approach.
Social justice is a good place to start, but a poor place to finish. People need to eat. They need to be healthy. We need to show that we care. But a concern for justice is not enough – the poor and the oppressed need the whole gospel. What a privilege to discover Jesus’ gospel of grace! My life would be bankrupt without it. Only that gospel has the power to bring not only justice, but healing.