The reality of Slumdog Millionaire 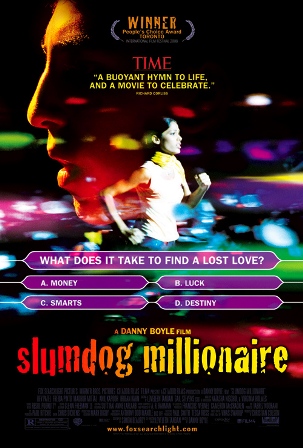 MUMBAI, India – City workers bulldozed the
home of a “Slumdog Millionaire” child star Thursday as part of the
demolition of dozens of shanties in a Mumbai slum.

Azharuddin
Mohammed Ismail was asleep when a police officer woke him up and told
him to leave his family’s home, he said. Shortly after that, the shack
and about 30 more were destroyed.

“A police officer took a bamboo stick to hit me, and I was frightened,” said 10-year-old Azhar.

Authorities say his family will be given a new home elsewhere.

Eight
Oscars and $326 million in box office receipts have so far done little
to improve the lives of the film’s two impoverished child stars, Azhar
and Rubina Ali – who were plucked from the slum to star in the
blockbuster.

“They
didn’t give prior notice. We didn’t even get a chance to take out our
belongings,” said Shameem Ismail, Azhar’s mother, who has lived in the
shanty town for more than 15 years. She has no legal right to the land.

“I
don’t know what I am going to do,” she said, sitting on a bed she had
dragged from the wreckage. Next to her was a plastic bag stuffed with
belongings.

U.D.
Mistry, an official with the city’s Bombay Municipal Corporation, said
the razing was part of a “pre-monsoon demolition drive.

He said only illegally built shanties – not homes that were legally owned – were bulldozed.

“They were removed. That is the principle,” he said, adding he was not aware that the child star lived in that slum.

Despite the awareness that the film has raised, it seems like the lives of those actually living in those slums have changed very little. Understandably, it makes one feel pretty ineffective. So, what can you do? A lot, actually.

For starters, find out more about India and how you can be praying. Consider sponsoring a child or visiting the country yourself. AIM has sent dozens of teams of college students into India to minister in the slums and leper colonies. You can follow their stories this summer here and here. You can get involved in the Delhi Orphanage called “Hope House.” You can sponsor a native missionary. The possibilities are endless.

The statistics can be overwhelming, and on the other side of the world, it’s easy to feel helpless. But there is a lot you can do. Please don’t just do nothing.